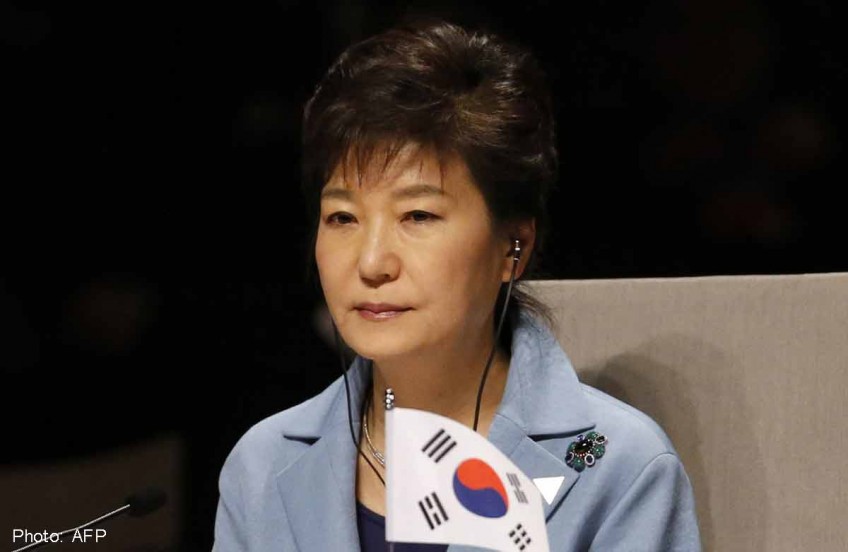 President Park Geun-hye on Monday refused to sack her key aides including Chief of Staff Kim Ki-choon despite growing calls from the main opposition party for a change in Blue House in the aftermath of a document leak.

In her New Year's press conference, Park apologised for causing public concern over the document leak and vowed to reorganise the presidential office to tighten discipline. The president, however, refuted allegations that her aides tried to intervene in state affairs, calling them "nothing but groundless rumours."

The main opposition New Politics Alliance for Democracy lashed out at the president, saying Park had refused the people's demand for her to replace her aides as part of her reform drive, and that they could expect nothing further from her.

In the 25-minute speech, the president vowed efforts to speed up her reform drive aimed at revitalizing the nation's sluggish economy, to eradicate wrongdoings in the public and private sectors and to improve inter-Korean ties this year.

The president, dressed in her signature red jacket, pledged to initiate an intensive reform of debt-ridden public institutions, the labour market, the education sector and the public pension system. It was her second meeting with the press since she entered office in early 2013.

Expectations were high over how Park would respond to growing calls to replace key aides and her "secretive" management style, and how she plans to deal with North Korea amid escalating tensions between Washington and Pyongyang.

Calling former officials involved in the leak incident "unpardonable," the president said she was "sorry" and "heavy-hearted" for disappointing the people. The president said she would appoint a new presidential special adviser for smooth communication with the people as part of the Cheong Wa Dae reorganisation plan, and launch a new office to conduct special inspections on her family.

However, the president said she would keep the three secretaries who were allegedly involved in an influence-peddling scandal, overturning expectations that she would carry out another reshuffle to clear the atmosphere and start afresh with new members this year.

"I found no reason to replace the three secretaries," Park said at the conference broadcast live nationwide.

"I believed that the three did nothing wrong (in the beginning) but confirmed it through the (prosecution's) investigation into the scandal later on that there really were none," she said. "If I were to dismiss the secretaries only because of such allegations, who would work at my side?"

Park also spoke highly of her chief secretary, saying he had no vested interests and was not reluctant to give up his post. The president said she would decide on Kim's fate later, when all pending issues were resolved, stressing that it is the time to focus on economy.

The news conference was held amid the main opposition calling for a massive reshuffle at Cheong Wa Dae and launching a special independent counsel probe over the influence-meddling scandal involving Park's former aide Chung Yoon-hoi and her own brother Park Ji-man.

The prosecution concluded last week that the document had been fabricated by an intelligence officer and leaked to the media by two police inspectors.

Park, citing the prosecution's interim reports over the scandal, said she felt no need to set an independent probe. Such a probe would only cause social confusion, she said.

On Chung Yoon-hoi, Park said he left her a long time ago and rebutted the allegations that he had meddled in personnel affairs at the Culture Ministry. "It's an absurd rumour," she said. "I found no reason to answer. It has all been fabricated by someone who must have been pursuing power."

On a possible amendment to the Constitution, Park said now is not the time for revision but to concentrate on economic revitalization.

"I believe that a constitutional revision should take place on the premise of a public consensus and if it brings benefit to people's lives," she said. "If we spend all of our time revising the Constitution and fail to revive the economy, the harm will go straight to the people."

On granting special paroles for imprisoned business tycoons, Park said it is a matter for the Ministry of Justice to decide.