SEOUL - South Korea's new president has pledged to work out of a drab, decades-old government building in central Seoul instead of the grandiose presidential Blue House, a symbolic gesture that brings a logistical headache for his security staff.

Moon Jae In, 64, was sworn in on Wednesday and vowed to immediately tackle the pressing problem of North Korea's advancing nuclear ambitions and to soothe tension with the United States and China.

A liberal former human rights lawyer, Moon rose to power on promises of a more just and fair society.

He has vowed to "end the culture of an authoritarian presidency," an image that bedeviled Moon's disgraced predecessor, Park Geun-hye. 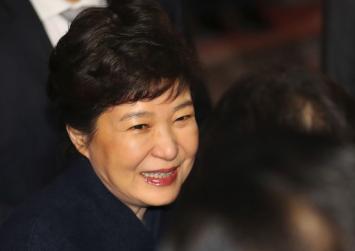 "I will leave the Blue House and begin the age of a 'Gwanghwamun president' as soon as preparations are done," Moon said in his first speech as president on Wednesday.

Flanked by five royal palaces from South Korea's dynastic past, it is also home to some of the country's main corporations and financial institutions, embassies, hotels and a concert hall.

But most importantly for Moon and his supporters, it was the site of big, peaceful candlelit protests against Park that began late last year, helping pave the way for Moon's election win months later.

At one corner of the 740-meter-long plaza, just across the road from Seoul's landmark Gyeongbokgung palace, stands a tall, plain building within a complex which Moon has said will one day house his office. 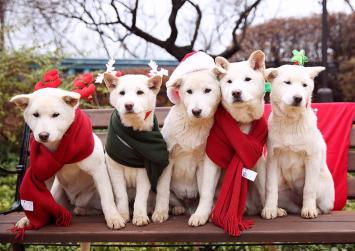 But the buildings, including the largest, aging 1970s structure, will need major renovations and security upgrades to meet standards in a country still technically at war with North Korea, two people with direct knowledge of the building's interior said.

"It's going to be a headache," said one source, who asked not to be identified, citing the sensitivity of the matter.

"Security will have to be strengthened a lot. It's unrealistic."

In 1968, North Korean commandos attempted to assassinate then President Park Chung Hee but were stopped by police 800 meters from the Blue House.

Two escaped, the rest were killed, and a ring of security around the president got tighter.

Moon has pledged to turn at least some of the forested Blue House grounds into a public park.

The main 19-story building of the Seoul Government Complex has a standard card-based entry system, a far cry form the sophisticated protection at the heavily guarded Blue House, which sits at the foot of a small mountain behind roadblocks and checkpoints.

Traffic near the Seoul Government Complex is also expected to pose a hurdle, if the usual protection for presidents on the move is maintained.

About 77,000 people a day use a subway station three minutes away from the complex, which backs on to a 12-lane thoroughfare.

"The building will need reinforcement," said Song Sang Rak, head of the Government Building Management Office at the Interior Ministry.

The main building's last major renovation was the installation of sprinklers in 2008, and its windows lack adequate soundproofing and insulation, let alone strength, Song said.

"It's going to take some budget, for items such as bulletproof glass," Song said, adding that Moon hoped to be in his new offices by 2019.