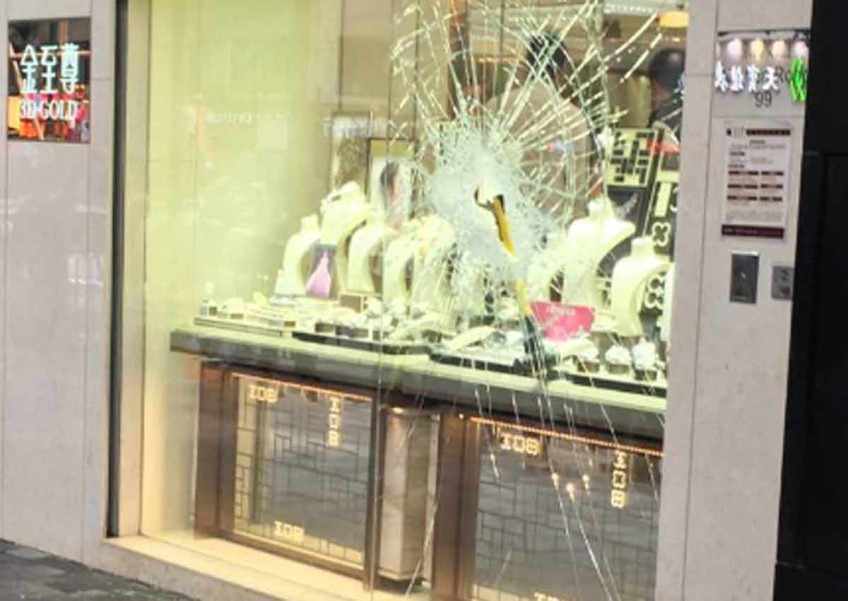 A man in Hong Kong stole a diamond ring worth about HK$5 milion (S$913,000) on Friday morning (March 10) in a smash-and-grab raid that can only be described as audacious.

Video footage circulating online and used by Hong Kong media shows the man walking up to a jewellery shop in Tsim Sha Tsui with a sledgehammer, smashing the display window in with six quick blows and making off with his loot on foot - in just seven seconds.

The incident took place in broad daylight at around 11am, with the video also showing multiple passers-by on the sidewalk.

Hong Kong police searched the area but did not make any arrests. According to a report from the South China Morning Post, the police are poring over security camera footage in a bid to identify the thief - who was wearing a face mask - and his escape route.

No one was injured in the incident.