KOTA KINABALU - Urban folk may have easier access to the Internet, but there are some in rural areas who have to go to great lengths to get good connectivity - such as a student who had to spend the night in a tree and almost got stung by a hornet in order to sit for online examinations.

Veveonah Mosibin, an 18-year-old Universiti Malaysia Sabah (UMS) student posted videos on her YouTube channel of what she had to do so she could sit for a few papers online.

One video on her Veveonah M. YouTube channel showed her climbing up a hill and making a bamboo hut that she wanted to use for while she sat for the exam.

Unfortunately, the hut was destroyed following during by heavy rain.

In another video, which has been viewed over 110,000 times as of press time, she shared how she chose to spend the night on top of a langsat fruit tree for the exam.

"Studying off-campus due to the movement control order amid Covid-19, Internet access is not something that is readily available," said the Pitas-born lass.

In Veveonah's remote village of Kg Sabanalang Pitas, some 200km from here, she said one would be "lucky" if they actually manage to connect to the Internet.

"It's fine when I have to go for online classes and surf the Internet - but for my exam, I needed a strong and uninterrupted connection.

"That was why I chose to hike up a hill to study and later on, challenged myself to sleep on a tree for 24 hours for my exams," she said.

Supplied with three packets of leaf-wrapped rice (known as linopod), a bottle of water, some study tools and a mosquito net, the fifth of five siblings set out to carry out her challenge.

Veveonah shared how easy it was for her to climb a tree, find a sturdy branch to spend the day and night on, placed her supplies on top and then put up the mosquito net.

She started with her Chemistry subject in the morning and then Pengajian Malaysia in the afternoon. 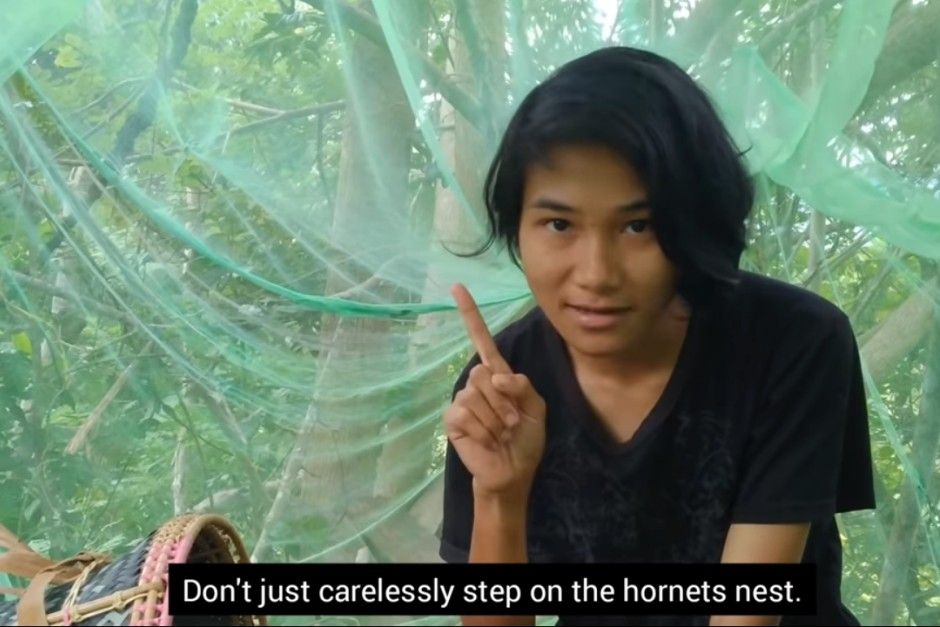 Everything progressed well - except for a brief moment of alarm when a hornet entered her makeshift mosquito net tent.

She eventually managed to coax the hornet out of the tent without getting stung and resumed her task.

Her lunch, dinner and the next morning's breakfast consisted of just the three packs of linopod and water she brought with her. 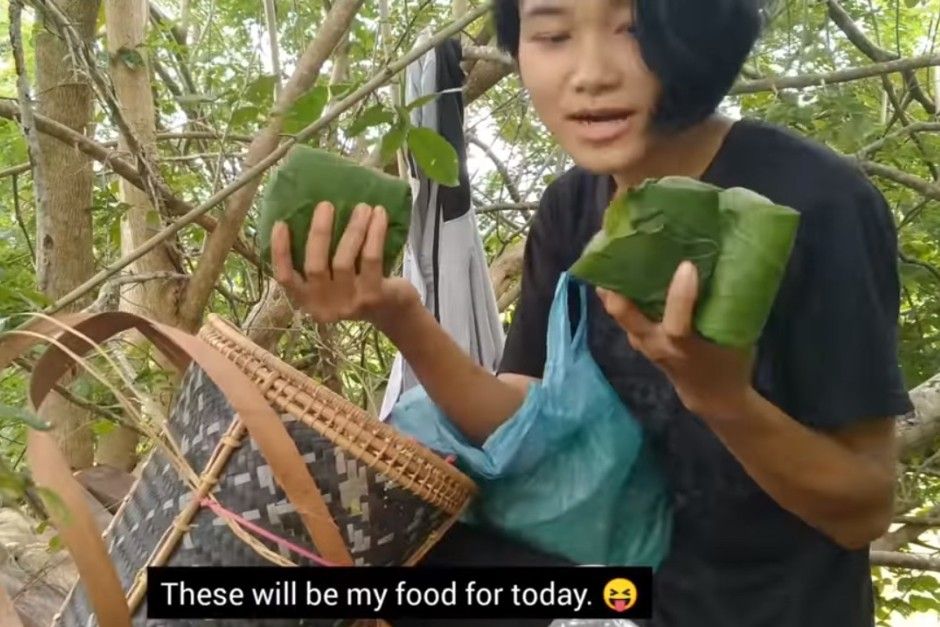 "If it was the fruit season, I would have just plucked some fruits from where I was," Veveonah said.

After spending the night, she went home to a seemingly fuming mother (as seen in her video), who was worried sick when she did not come home the previous night.

"But I told her that I will be spending the night on a tree, but all is good now that she knows I can take care of myself," she said.

Veveonah said growing up in the village meant that she learnt survival skills from her parents.

She said the jungle is a huge part of her life and she never feels lost when she is together with nature.

"Although we do not have basic facilities such as electricity supply, we have generator sets and we can use candles and moonlight for light," she said.

Water supply can be found naturally as well from the river.

This way of life has been how many Sabahan natives live - and still do.