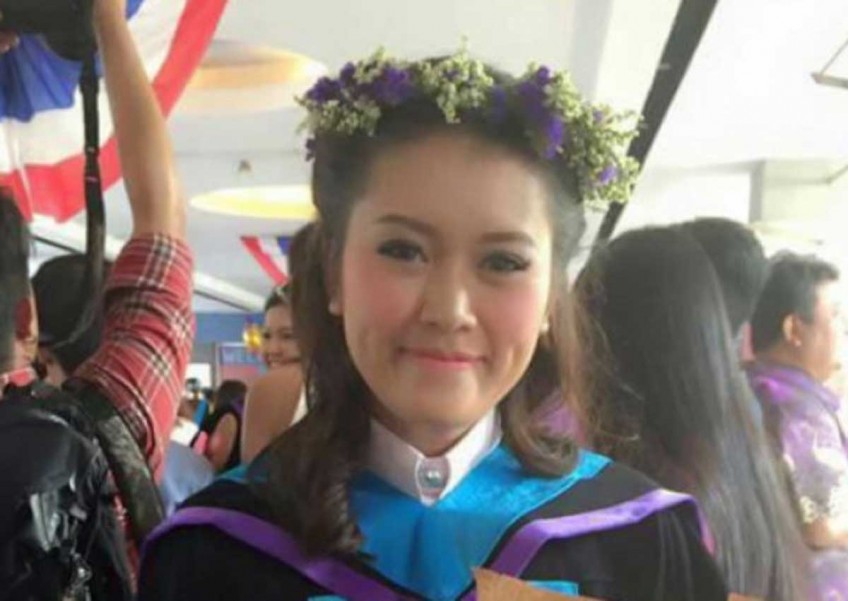 A Thai woman who fell into a coma during a trip in South Korea has started to breath by herself but is still being closely monitored by doctors, said Foreign Ministry spokeswoman Bussadee Santipitak on Wednesday.

Upon learning about the sudden illness of Rapeeporn Nasa-arn, 25, the Thai Embassy in Seoul sent officials to provide assistance to her and coordinated with her family concerning their travelling to South Korea.

The Embassy has since learned that many South Koreans and Thais have extended help to Rapeeporn. The propritor of the hotel where she was staying before falling ill has offered an accommodation to Rapeeporn's father who has travelled to Korea, Bussadee said.

Her former university, the Thai Chamber of Commerce University, has agreed to provide financial assistance as well.

In addition, Thai Airways International has stated that it was ready to help transport the woman back to Thailand given doctors' permission. Rajavithee Hospital staff have said they will provide medical treatment for Rapeeporn when she returns to Thailand.

During her trip to South Korea, Rapeeporn suffered a medical emergency and fell into a coma at a hospital in the country. Her relatives in Kalasin province have asked for help because the medical expenses are very high.

Bussadee recommended that Thais travelling abroad should have travel insurance to ensure their illnesses would be covered in emergencies.

Meanwhile, local authorities in her home province held a meeting and approved donating money to be used for the family's trip to South Korea.

Her grandfather Thongorn Nongsoda said her father Theerapong Nasa-arn had already travelled to South Korea on Tuesday, adding that in a telephone conversation Theerapong had said Rapeeporn was in a better condition and responding to medical treatment.

Total donations from local authorities in Kalasin reportedly amounted to about Bt200,000 (S$8090).