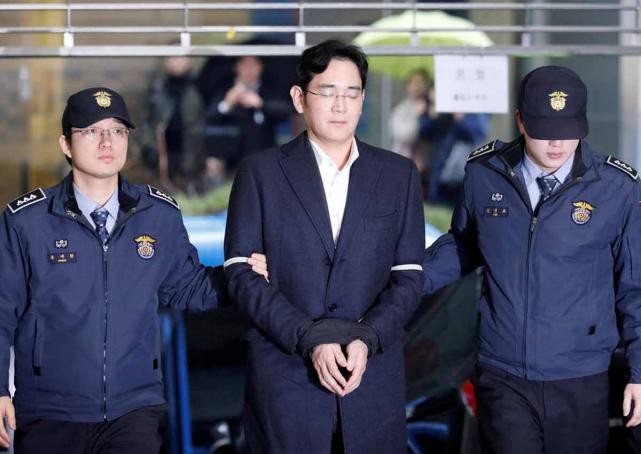 The heir to the Samsung business empire denies all charges in connection with a wide-ranging corruption scandal, his lawyers told a preliminary hearing Thursday.

Lee Jae-Yong, 48, was not present at Seoul Central District court for the hearing, which comes as his giant company - the world's biggest smartphone maker - struggles to recover from a recall scandal.

Lee, the vice-chairman of Samsung Electronics, is being held in custody on accusations of bribery, corruption, perjury and other offences stemming from a scandal that has seen President Park Geun-Hye impeached. Four other Samsung executives have also been charged.

"Everyone denies all the charges," a defence lawyer told the court at the hearing, which lasted little more than an hour.

The prosecutors' formal indictment was sketchy, with some of the accusations lacking clear evidence and only circumstantial, the defence said.

The courtroom was about 80 per cent full, with dozens of reporters, students and a handful of middle-aged and elderly citizens.

When one of Lee's attorneys finished reading his statement, an elderly lady abruptly stood up from her seat and shouted: "Can a member of the public ask a question?" Her request was rejected by the judge.

Lee has effectively been at the helm of Samsung since his father suffered a heart attack in 2014.

One of the favours which Lee allegedly sought from Park was state approval for a controversial merger in 2015 of two Samsung units seen as a key step to ensure a smooth transfer of power to him.

The deal was opposed by many shareholders who said it had wilfully undervalued shares of one of the two firms. But it eventually went through after the national pension fund - a major Samsung shareholder - approved it.