Sanctions have started to hit North Korea's most vulnerable: Experts

Tough sanctions slapped on North Korea have begun to adversely affect the most vulnerable people there, experts said, stressing the need for swift humanitarian action for millions of hungry and sick people.

What has hurt the lives of North Korean people the most are sanctions, and the widespread impact has reached those who already could not afford food, University of North Korean Studies professor Yang Moon-soo said during a roundtable held by the state-run Korea Institute for National Unification in Seoul on Thursday.

"As the North is entering its third year since the UN imposed the toughest penalties in 2017, the group affected by them has begun to shift to lower class people from those in the upper class," he said.

According to a recent report by international aid agencies, including the World Food Program, North Korea faces a shortage of 1.4 million tons in food production this year, including wheat, rice, potatoes and soybeans, due to flooding and heatwaves last year. 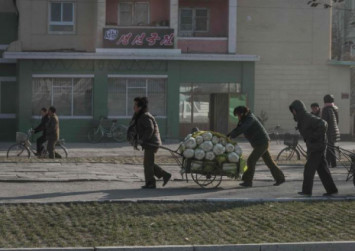 Along with climate factors, Yang said the shortage of fuel and fertilisers -- which Pyongyang has been banned from importing under the international sanctions regime -- has led to a sharp drop in supplies and a decrease in the amount of money the people make.

Lim Hyong-Joon, head of the World Food Program's Korea office, said the agency's humanitarian activities in North Korea will target the most vulnerable populations in the impoverished country, including women and children.

Earlier this month, the South Korean government pledged to donate US$8 million (S$11 million) to two UN agencies -- UNICEF and the WFP -- to support their projects in the North, with US$4.5 million of the total set to be spent via the WFP.

An estimated 11 million people -- 40 per cent of North Korea's entire population -- are already undernourished, with 1 in 5 children stunted due to chronic malnutrition, Lim said.

The WFP runs 11 plants in the North producing nutritionally enhanced food for use as humanitarian assistance, such as "super cereal" and biscuits.

Some 50 staff members of the aid agency live there for close monitoring of the living conditions and distribution of food aid, Lim added. 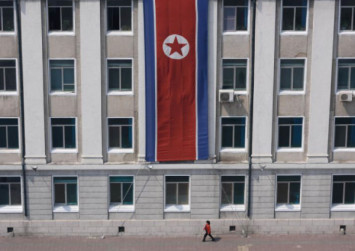 It had taken the WFP several weeks to obtain the North's approval for monitoring activities in the past, but the country has now increased accessibility by giving the green light in 24 hours, he said.

Although the North shows signs of welcoming international assistance, it may be too early for the South to consider providing direct government aid to the regime, said Suh Bo-hyuk, director of the humanitarianism and co-operation research division of the Korea Institute for National Unification.

Given that Pyongyang is not ready to accept Seoul's close look into the country and that sanctions remain in place amid slow progress in denuclearisation talks with the US, direct support is "a little difficult in the current situation," he said.

In the event of a natural disaster in North Korea, or substantial progress in the denuclearisation process, the South Korean government would be able to provide support in consultation with the US or related countries, he said.

The South Korean government has not provided direct food aid to the North since 2010.