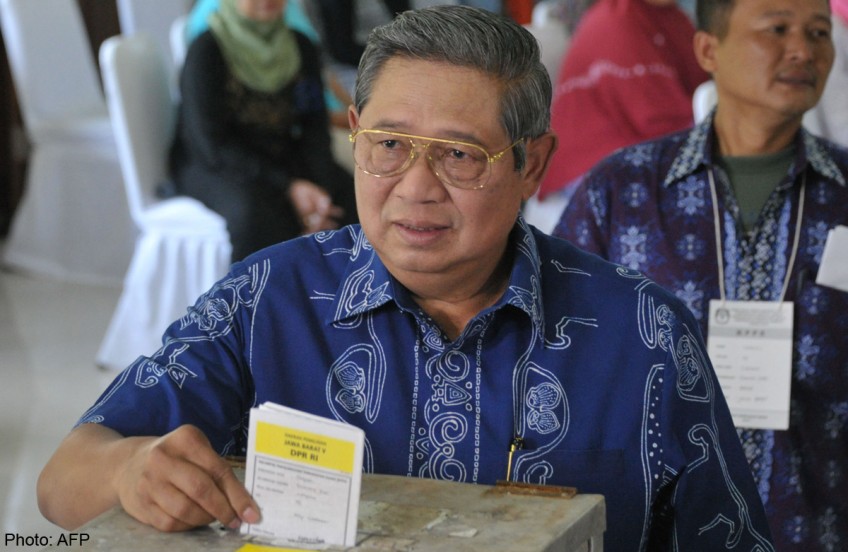 INDONESIA - President Susilo Bambang Yudhoyono has urged all those concerned, especially the presidential and vice presidential candidates and election organizers, to conclude the 2014 presidential election responsibly.

"We still have to complete the end of this election. Let's jointly and responsibly guard the process so that on Oct. 20 I can complete my duties in the knowledge that the whole process has gone well," President Yudhoyono said as quoted by Antara news agency.

He was speaking during a joint breakfast attended by candidate pairs Joko "Jokowi" Widodo-Jusuf Kalla and Prabowo Subianto-Hatta Rajasa at the State Palace in Jakarta on Sunday evening.

Yudhoyono went on to say that this year's transfer should run smoothly.

"Let's welcome our new leader and move our nation forward. The transfer of leadership is a certainty that should be welcomed wholeheartedly and happily. We should help our next leader and help him become a success," he said.

The President said Indonesia's democratization process was ongoing and should continue, with no-one being allowed to disrupt the process.

"We are in the process of strengthening the transition to democracy, making it become more mature. The process is not yet complete, so many things still have to improve," he said.

In his remarks, the President cited a hadith, or the sayings of Prophet Muhammad, which reminded all Muslims to avoid prejudice and hatred of each other.

"A meeting to strengthen relationships between Muslims, such as what is happening now, is something really good. People always love such things because togetherness like this can calm situations, especially when the country's political situation continues to escalate," said Yudhoyono.

"Our unity and fraternity are really important. The price we will pay as a nation for discord is too costly, as it will not be that easy to unite again."

Political analysts saw Sunday's meeting as an important event, as both presidential candidates had claimed victory before an official announcement on the election result by the General Elections Commission (KPU).

Ikrar Nusa Bhakti, a prominent political analyst from the Indonesian Institute of Sciences (LIPI), said the meeting was part of Yudhoyono's efforts to reduce escalating tensions before the final vote tally result, which is to be announced on Tuesday.