Former Taiwanese president Chen Shui-bian waves as he arrives at the high court in Taipei on June 11, 2010. He was given a 20-year jail term for accepting bribes.

Taiwan 's legislature has paved the way for corruption charges against a former president to be dropped, passing an amendment to a bill amid scuffles among lawmakers on Monday (May 30).

Lawmakers from the ruling, independence-leaning Democratic Progressive Party pushed through the final reading of the amendment to the accounting act which technically allows authorities to dismiss charges against Chen Shui-bian over his use of special state funds when was president from 2000 to 2008.

Shouting "supporting the amendment is supporting corruption", opposition Kuomintang lawmakers tried to block the review session by occupying the podium.

DPP legislators pushed them away from the podium and were met with a barrage of plastic cups filled with water.

The ruling party lawmakers swiftly read the text of the amendment and approved it to complete the legislative process.

Chen, the island's first president from the DPP, was jailed for life in 2009 for accepting bribes, a sentence reduced to 20 years on appeal.

He is also facing separate charges of misappropriating NT$104.5 million (S$4.9 million) worth of special funds allotted to him while in office but legal proceedings in the case were halted when he was released on medical parole in 2015. The parole has been repeatedly extended since then at his request, meaning the case cannot proceed.

The amendment would exempt punishment of actions related to the filing, handling, reimbursement and use of the special funds used by the president, before Dec 31, 2006 — when Chen was in power.

In addition, it would relieve President Tsai Ing-wen, also of the DPP, of pressure from within her own party to grant Chen amnesty.

Speaking on behalf of his father, Chen Chih-chung, son of the former president, said that after 16 years, the controversies and debates surrounding the special funds "finally comes to an end," and "justice has now been upheld."

He said for now it would be "better to let history judge what is right and wrong".

Calling it a dark day for justice, the KMT asked voters to punish the DPP in November's local government elections for siding with corruption.

KMT legislature caucus head Tseng Ming-chung called the amendment's passage a shame on Taiwan's justice system and read out the names of the DPP lawmakers who supported it.

"Instead of focusing on how to help the local public tide over the new spike of coronavirus cases, which has led to a number of deaths, including a number of innocent children, the ruling party has chosen to push through the bill to allow Chen Shui-bian to walk free of corruption charges," he said. 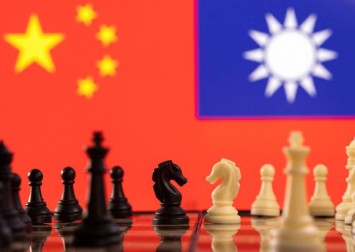 Taiwan reported a record 90,000 daily new cases in mid-May and has had more than 80,000 infections a day since then. At least 600 have died in this wave, including 10 children.

But DPP legislator Tsai Yi-yu, who proposed the amendment, said all senior government officials entitled to special allowances were exempted from punishment for misuse of their allowances in an amendment of the act introduced by then ruling KMT in 2011 — and it would only be fair to also do so in Chen's case.

DPP caucus whip Ker Chien-ming said it was perfectly reasonable to decriminalise the use of the special state funds, given that the state affairs fund and special allowance funds are "of the same nature".

Chen has claimed the charges against him are politically motivated.

On April 7, he said he had spent NT$133 million from the special fund — more than the NT$104.5 million he was alleged to have misused — and had been using his own money to cover some expenses.

"If I had to use my own money to cover some of those expenses, how could it be possible I misappropriated any funds?" he said.

Chen has remained highly active since being granted medical parole, using social media and a radio station he set up to address the public. He has also attended various political events despite the terms of his parole placing restrictions on his activities.