A Chinese tourist fell from a cliff to his death after attempting to take a selfie on the edge of a cliff in Nusa Lembongan, Nusa Penida, an islet off the coast of Bali.

Liang Wanchang, 46, was reportedly enjoying the scenery at Devil Tears, located at the top of the cliff with a view of the ocean in Nusa Lembongan, with friends at 2:30 p.m. local time on Sunday. A strong wave hit him as he was taking a selfie with the ocean in the background. 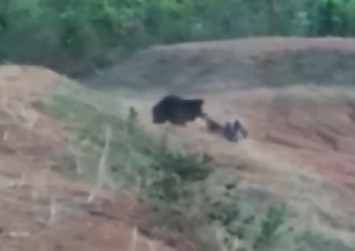 “People in the area strived to help him, but strong waves hampered their efforts,” Suastika said.

The victim's body was later found in the sea, but rough conditions initially hampered efforts to retrieve it. The body was later sent to Nusa Penida 1 community health center (Puskesmas).

“A doctor at the Puskesmas declared him dead," Suastika said. The body has been sent to the morgue at Sanglah Hospital for an autopsy.