A chat with a police friend about young, part-time prostitutes turned into a nightmare for one mother after she found that one of the girls available for sex was her own daughter, who later revealed how she had been lured into taking drugs, blackmailed and coerced into the flesh trade.

The daughter, who is now 19, was a minor at the time she was victimised.

The trouble began after she tried 'yaba' - methamphetamine - at the encouragement of another woman, who had rescued her from the threat of a physical assault. Her drug-taking was recorded and used to blackmail her, her mother said.

"She was told if she did not agree to sell her body to senior officials, she would be prosecuted for drug offences," said the mother, who asked to remain anonymous to protect her daughter's identity.

Read Also
Man forces wife to prostitute herself for $16 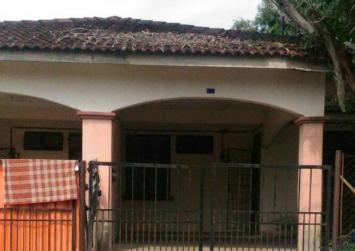 Seeking justice for her daughter, she found out that several other girls had fallen into the same trap. She claimed that a procurement gang sends members to bully a target and threaten to attack her, then assigns another member to act as a saviour. When the targeted female trusts the fake saviour, she exposes herself to blackmail.

Although these crimes have been taking place for years, the story, which seems at times like a sordid movie plot, is only now starting to be exposed to the public in Mae Hong Son.

The 43-year-old mother, who was formerly an informant for anti-narcotics police, has now sought protection from the Ministry of Social Development and Human Security in Bangkok out of concerns for her safety.

"After I lodged complaints with the Anti-Trafficking in Persons Division [ATPD], I noticed that someone had followed me and tapped my phone," she said.

The mother then decided to speak to media in the hope they would be able to help bring attention to her daughter's case and ensure the delivery of justice.

Boonyarit Nippawanich, chair of the Deputy District Chief Federations of Thailand, asked the Department of Special Investigation (DSI) yesterday to take over the case from police.

"Damaged parties are now worried that they may not get justice given that the accused include a policeman and several senior government officials," he said. Boonyarit is also the deputy district chief of Mae Sariang in Mae Hong Son.

Word has also spread that the suspects have raised a large amount of money, which is meant to influence authorities to dismiss the case.

Deputy police spokesman Pol Colonel Krissana Pattanacharoen said any policeman who violated the law would not be spared.

An anonymous source said the ATPD team would go to Mae Hong Son soon with warrants to arrest many suspects.

Deputy National Police Commissioner Pol General Srivara Ransibrahmanakul confirmed that police were in the process of seeking an arrest warrant for one suspect and of gathering evidence to seek arrest warrants for other alleged accomplices too.