Seoul calls on Abe to address past wrongs in Congress speech 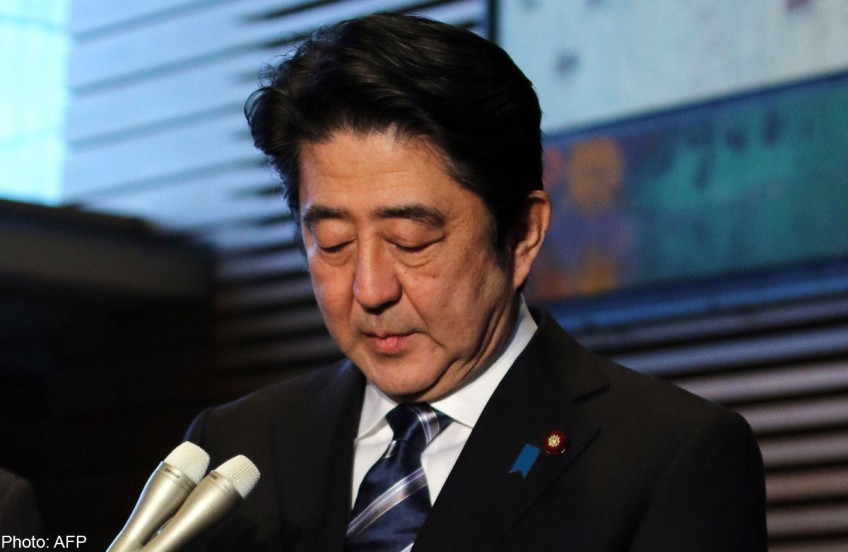 SEOUL - South Korea's foreign ministry Friday called on Japan's Prime Minister Shinzo Abe to include an expression of "sincere repentance" for wartime atrocities in a historic address he is expected to make to the US Congress.

Diplomatic and legislative sources in Washington said Abe has been invited to become the first Japanese prime minister in history to address a joint session of the US Congress, crowning an April visit focused on deepening trade and military ties.

"If the speech by Prime Minister Abe is made, it should share the view about history held by (Japan's) previous governments and show sincere repentance for the past", a foreign ministry official told journalists.

He said that while Abe's government has publicly endorsed a 1995 apology for wartime wrongs, at the same time ministers are pushing for more emphasis on patriotism in schools, and making visits to a shrine that honours war dead, including convicted criminals from World War II.

Seoul's JoongAng Ilbo daily said Friday that the speech at a joint meeting of US Congress would constitute a diplomatic coup for Abe.

It said it apparently came as a reward for Japan's participation in the US-led Trans-Pacific Partnership free trade agreement - one of the areas where Washington and Beijing are jostling for influence.

Seoul-Tokyo ties are perennially strained, given the bitter legacy of Japan's 1910-45 rule over the Korean peninsula.

As well as a dispute over some South Korea-controlled islets, Seoul believes Tokyo has yet to fully atone for the excesses of its colonial past and the forced recruitment of South Korean women to wartime military brothels.

The friction is a source of irritation for Washington, which would rather its two key regional allies bury the hatchet and instead focus on forming a united front against an increasingly assertive China.

US Assistant Secretary of State Daniel Russel, speaking on a visit to Seoul Tuesday, said the difficulties in the relationship needed to be ironed out for the good of everyone.

Tension between those two friends constitutes a "strategic liability to all of us," he said.