'Seoul not as vulnerable as it seems' 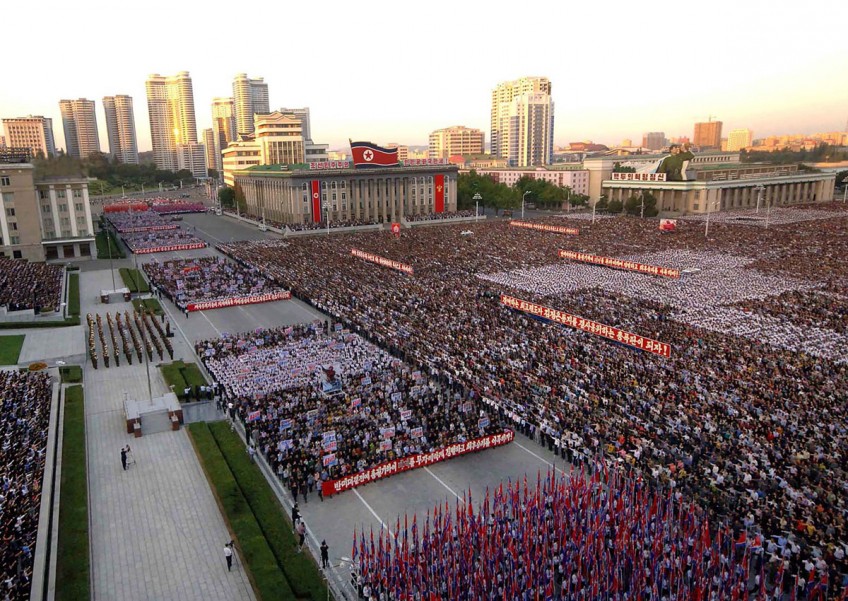 For most South Koreans, war with North Korea is something unfathomable. Regardless of its outcome, they are convinced any armed conflict here would end with millions of casualties and the complete devastation of the South's flourishing economy.

Such worries are shaped by the notion that Seoul and its surrounding provinces, home to some 25 million Koreans and well within the range of the communist North's artillery and ballistic missiles, would be reduced to ashes if attacked.

Although Seoul is within the North's striking range, it is not as vulnerable as many seem to believe, said Shin Won-shik, a retired Army three-star general who has overseen numerous computerized military exercises simulating all-out war with North Korea. The North will not have "unlimited freedom" in attacking the South, he added.

"Exaggerating North Korea's threat or minimizing it -- both harm our national security," Shin, who served as commander of the Capital Defence Command and vice chairman of the Joint Chiefs of Staff before leaving the Army in 2016, said in an interview with The Korea Herald.

"It seems like all South Korean people are treating North Korea as if they are facing their own death. Since they are so afraid to face death, they choose to turn away from it. It's time for a reality check on what we are really facing."

The defence of South Korea and US forces stationed here focus on denying the North the chance to launch those rockets and other weapons, he continued.

"Usually, one TEL (transporter erector launcher) carries one missile, and others are placed in storage sites. If we destroy the storage, we only have to deal with the weapons mounted on TELs. And if we take out the communication centres, the TEL becomes useless because it can't receive an order for launch," he said.

Then the question comes down to taking out the TELs and those weapons already mounted on them. If they are not destroyed near storage sites, they could be at launch sites or on their way to them.

"The route is a fixed target like a tunnel or a bridge. So we can detect and destroy it," Shin said. "Then the TELs will end up at exposed launch sites. By concentrating on reconnaissance and airstrike assets, we can neutralize the remaining TELs."

However, if some TELs manage to survive and launch missiles, the missile shield should shoot down incoming missiles, which is more difficult than eliminating them before their launch. But the chance of interception will be dramatically increased if South Korea completes the building of a multilayered missile defence system by 2020 as planned, Shin said.

Similar tactics -- destroying operational links to the weapon system before the launch -- can be applied to North Korea's artillery cannons and rocket launchers, Shin said.

North Korea has a massive artillery force deployed along the border, which it claims could turn Seoul into a "sea of fire." The North's 240-mm multiple rocket launchers are considered to be capable of raining up to 10,000 rounds during the first hour of such a conflict.

But Shin said the North's artillery shells are not powerful enough to penetrate the concrete structures of Seoul, and South Korea can minimise its civilian casualties by taking precautionary measures before the shells hit the ground.

Evidence of this can be found in the North's shelling of Yeonpyeongdo in 2010. Pyongyang launched an artillery barrage at the island, but it only scratched houses and facilities there. Four people died, but they were outside and without cover. Those who stayed indoors survived.

"Our counterfire radar will detect incoming artillery shells and can figure out where they would come down. As long as people can find shelter in concrete structures and underground shelters when the siren goes off, they will survive," he said.

Of course, there is no "100 per cent guarantee." Unlike simulation exercises, in a real wartime situation, things can go wrong in unanticipated ways. He also warned against the growing asymmetry between the two Koreas, as the North develops nuclear weapons.

Still, Shin believes that South Koreans are overly pessimistic about their chances of surviving a North Korean attack and this could make North Korean leader Kim Jong-un think that he has a trump card in that the South would never risk a war.

"South Korea's insensitivity to national security takes on a very negative form. It is built upon extreme fear, not self-confidence. We have to constantly signal to Kim Jong-un that any provocation would cost his life," he stressed.

"The military has been reluctant to share such information due to operational security. But that is the very reason why we are left to do nothing and turn North Korea into an invincible monster that we can never defeat."

Shin said one of the most efficient ways to boost deterrence against North Korea is the development of a "decapitation plan," a clandestine operation designed to assassinate Kim, possibly with bunker-busting cruise missiles or the dispatch of special warfare elite units.

It is crucial to restore the "balance of terror" with the nuclear-armed North, as the North is likely to place more value on the life of its supreme leader Kim than the millions living in Pyongyang.

"The balance of terror between the two Koreas can be better achieved by putting Kim Jong-un's life at risk," said Shin.

"The South having the ability to take out the North's leadership at any time would be extremely stressful not only to Kim, but his inner circle. It definitely can make them reluctant to use a nuclear weapon."

Despite Kim's relentless pursuit of nuclear capabilities and his bellicose rhetoric for nuclear warfare, Shin said it is extremely unlikely for him to use a nuclear weapon as a pre-emptive strike because he has no death wish.

"North Korea develops nuclear weapons for survival. I don't think they will use it. ... If they drop a nuclear weapon on US territory -- or even Seoul, they know they will be wiped off the map," he said.