The police on Thursday opened a preliminary investigation into a plastic surgery clinic where Lee Boo-jin, the Hotel Shilla CEO and daughter of Samsung Electronics Chairman Lee Kun-hee, allegedly received injections of propofol, a short-acting sedative and anesthetic drug.

The Seoul Metropolitan Police Agency, the Seoul Gangnam Police Station and public health officials conducted an on-site inspection to check the clinic's drug management procedures amid allegations that Lee took the drug illegally at the clinic in the affluent Cheongdam neighborhood in southern Seoul.

Propofol, which was blamed for the death of US pop icon Michael Jackson, is a powerful sedative used as a general anesthetic. It reduces anxiety but may cause hallucinations. In Korea, it was classified as a psychotropic medicine in 2011 and its use is illegal other than for stipulated medical treatments.

The investigative news outlet Newstapa reported late Wednesday that Lee took the drug at least twice a month at the clinic, citing a former nurse's assistant who worked there between January and October of 2016. The hospital falsified its patient and medical charts so as not to leave any records of her visiting the clinic or taking the drug, according to the report. 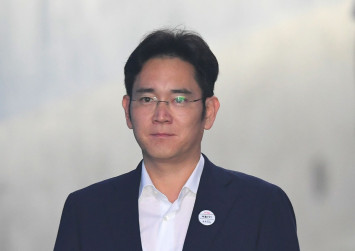 Lee apologised for causing concerns. She admitted going to the clinic for medical purposes, but denied abusing drugs or breaking the law.

Lee appeared at the hotel in central Seoul on Thursday morning, as scheduled, to attend a general meeting for Hotel Shilla stockholders. Stone-faced, she did not respond to any of the questions about the allegations. She immediately left the hotel after the 20-minute meeting.

The police said they will investigate the clinic first and then decide whether to expand their investigation to include Lee, depending on the results.

The nurse's assistant told Newstapa that she had witnessed Lee spending a long time in a VIP room at the clinic, receiving injections of propofol. One time, she recalled being left alone at the clinic with Lee and watched her take the drug. Lee asked for more propofol, according to the report, and she had to call the head of the clinic to discuss the matter.

An official from the hospital acknowledged that Lee was a patient but said she had visited to get Botox treatments, Newstapa reported.