Police are investigating medical staff at a hospital who allegedly dropped a newborn premature baby and told the parents the baby had died of illness. No autopsy was performed before the newborn was cremated.

Seoul District Police Agency said court warrants had been requested to detain two doctors at Cha Bundang Medical Center who led the destruction of evidence and issuing of a false diagnosis after the baby's death.

Police have also booked a resident on charges of involuntary manslaughter, as well as eight others, including the deputy director, on charges of destroying evidence.

In August 2016, the resident tripped and fell while transferring the newborn baby of 1.13 kilograms to the neonatal intensive care unit, dropping the infant on the floor. 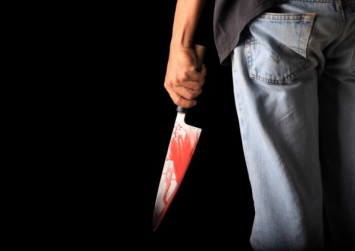 "The baby, born at just seven months, was in a high-risk, ultra-premature condition. Hurrying to the neonatal intensive care unit, the resident tripped and fell while holding the baby," the hospital said in a statement Monday after police held a press conference about the probe.

According to police, the infant was treated at the pediatric department, but died six hours later.

Medical staff at Cha Bundang Medical Center did not tell the parents that their child suffered a fall, and wrote on the death certificate that the infant died of an illness.

Police began the investigation seven months ago upon receiving a tip. They obtained medical records through multiple searches at the hospital and got medical appraisals that showed that a skull fracture and bleeding may have caused the death.

The hospital said in a statement that the attending doctor concluded that the complication of multiple diseases, not the fall, caused the newborn's death.

"The baby was in a very severe state with symptoms of obstructive pulmonary syndrome and intravascular coagulopathy, which causes hemorrhage in the organs, due to placental abruption and meconium inhalation," Cha Bundang Medical Center said.

The hospital admitted, however, that it was wrong to not have told the parents about the fall.

The parents had agreed to cremating the body without an autopsy.

Police found that readings of the ultrasound images of the baby's brain taken immediately after the fall were deleted the next day, and suspect that the deputy director ordered it in an attempt at a cover-up.