Requesting an arrest warrant for Seungri on Wednesday, the Seoul Metropolitan Agency brought a new charge -- the purchase of sex -- against him. Police allege he had bought sex services in 2015.

The hearing to decide whether to arrest Seungri will be held Tuesday, with the decision likely to come later in the day or early the following day. Police filed an arrest warrant for Seungri over allegations he procured prostitutes for potential investors in his business and misappropriated funds of nightclub Burning Sun.

Police also sought an arrest warrant for Yoo In-suk, CEO of Yuri Holdings that he co-founded with Seungri, on charges of arranging prostitution and embezzlement of company funds. 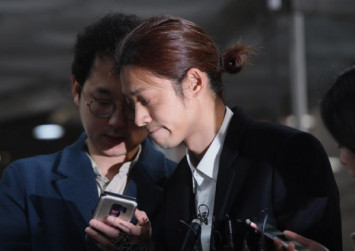 The arrest warrant hearing for Yoo is also scheduled for Tuesday.

Seungri is suspected of procuring prostitutes for a business dinner in 2015 and parties he organised in 2015 and 2017, siphoning off funds from the Burning Sun club for Yuri Holdings and sharing via a mobile messenger a nude photo of a woman he had secretly taken without her consent.

Seungri has denied all the allegations.