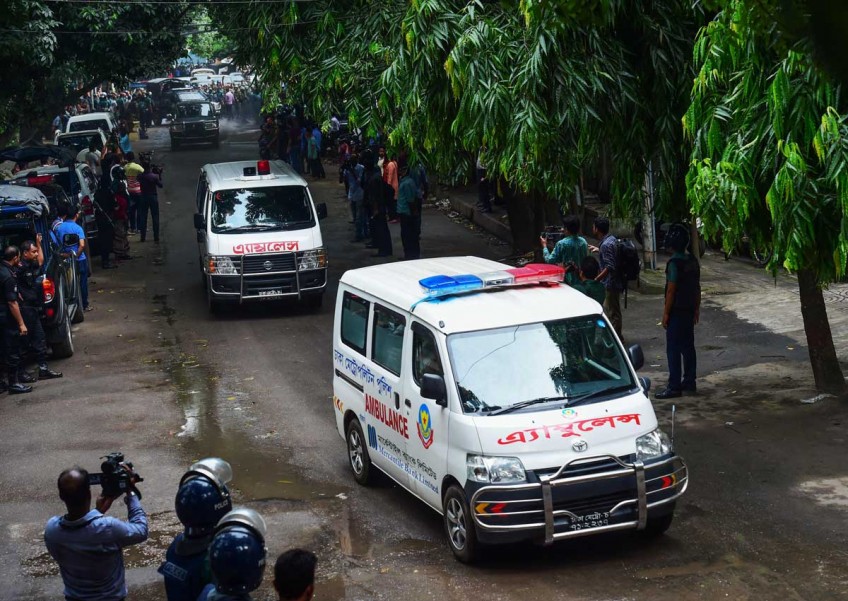 The Japanese were among twenty people, mostly foreigners, killed in the attack on the restaurant in an upmarket neighbourhood on Friday night that was claimed by the Islamic State group.

"Embassy officials confirmed that seven Japanese were included in the bodies sent to hospital by the Bangladesh government," Chief Cabinet Secretary Yoshihide Suga said at a news conference in Tokyo.

The seven victims included five men and two women, Suga said, adding that they had been engaged in development projects in the poor South Asian country with the government-run Japan International Cooperation Agency (JICA).

The victims were identified by Japanese embassy officials through photographs and belongings in the hospital, said Suga, who did not release their names.

Japanese Prime Minister Shinzo Abe expressed his grief over the attack saying: "I feel profound anger that so many innocent people have lost their lives in the cruel and nefarious terrorism."

"I strongly protest because it is a challenge against the universal values shared by the international community," added Abe, who held telephone talks with Bangladesh Prime Minister Sheikh Hasina earlier in the day.

Thirteen hostages were rescued when troops stormed the restaurant hours after the attack. Many of those killed were hacked to death.