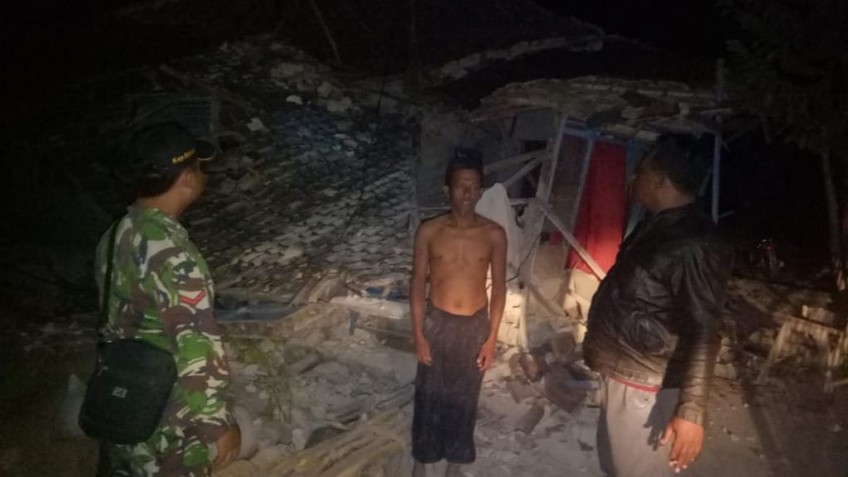 Several buildings in Jembrana regency, Bali, have been damaged following a 6.0-magnitude earthquake that occurred at 02:44 a.m. local time on Thursday.
Sumenep Police

Several buildings in Jembrana regency, Bali, have been damaged following a 6.0-magnitude earthquake that occurred at 02:44 a.m. local time on Thursday.

According to a report from the Bali Disaster Mitigation Agency (BNPB), most of the damaged buildings are houses belonging to the residents of Jembrana regency. There have been no reports of casualties or injured victims.

A recent update from a command center for the International Monetary Fund (IMF) and World Bank (WB) Annual Meetings in Nusa Dua, Badung regency, revealed that there were 11 aftershocks measuring between 2.5 and 3.5 magnitude. However, there have been no significant impacts on buildings in Nusa Dua, which is located 117 kilometers away from Jembrana.

The earthquake, which centered in East Java, resulted in the death of three people in Situbondo regency, East Java. The quake’s epicenter was located in the sea at the depth of 12 km, at a distance of 161 km northwest of Denpasar, Bali. No tsunami alert was issued following the quake.