A pedestrian passes a mural of the Hong Kong skyline in Jordan.

From Russia's invasion of Ukraine to surging inflation and rising social costs, the finance ministers of Hong Kong and Singapore have plenty on their minds.

And if all that wasn't enough, there is also the planned global minimum corporate tax of 15 per cent to fret about — as mentioned by both of them in recent budget speeches.

The sweeping reform of international tax rules — engineered by the Organisation for Economic Co-operation and Development (OECD) and agreed by more 130 jurisdictions last year — is aimed at clamping down on tax evasion by large companies and is meant to prevent economies competing by offering ever lower rates to attract multinational firms.

But it promises a headache for the two Asian financial hubs, which have traditionally relied on attractive tax rates to appeal to international businesses.

While the headline figure for corporate tax in both cities has for years sat at between 15 and 21 per cent, both economies have in the past lured investors with grants and other schemes that reduce the effective rate. In Singapore, for instance, the current headline rate is 17 per cent, but some investors pay an effective rate that is as low as four per cent.

Speaking in parliament, Singapore Finance Minister Lawrence Wong described the reforms — the Base Erosion and Profit Shifting Initiative, or Beps 2.0 — as a harbinger of "fundamental change" to the country's competitive environment. 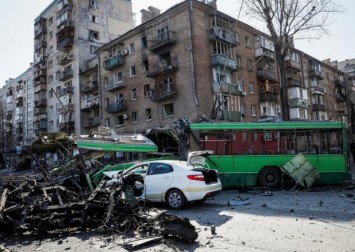 Like Hong Kong, Singapore is now mulling the introduction of a "top-up tax" to ensure that large multinational corporations (MNCs) that currently enjoy headline rates of below 15 per cent will cease enjoying such benefits.

Before this year's budget — as the Beps 2.0 initiative gained steam before it was agreed in October — Wong had told lawmakers that about 1,800 MNCs in the country would be affected by the tax deal as most of them paid an effective tax rate of below 15 per cent.

Wong said as he wrapped up the budget on March 2: "Hitherto, smaller economies like us could rely on tax incentives, not just non-tax factors, to make up for our inherent disadvantages like limited land size and labour force. But this is no longer as effective post Beps 2.0. Companies will review their existing and new investments."

Companies in Singapore and Hong Kong have made it clear they are concerned about what lies ahead.

A survey of 70 senior business leaders by the American Chamber of Commerce (AmCham) in Singapore last June found that half were unsure how the proposals would affect their organisations. One-fifth were modelling the potential effects but not yet considering restructuring.

Still, experts said both financial hubs would remain attractive to investors and businesses.

Beps 2.0 removes the competitive advantages of tax havens in two ways. First, it reallocates the profit of the largest and most profitable MNCs from where their activities are conducted to where their consumers are located. Singapore has said this will cause it to lose revenue.

Hong Kong has said implementing a top-up tax to reach this 15 per cent would make a difference of HK$15 billion (S$2.6 billion) per year.

Read Also
Our sanctions will hurt you: Russia warns the West 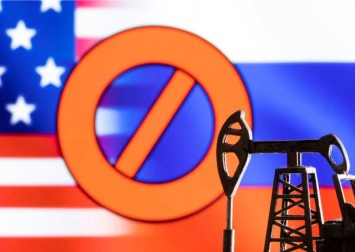 With the tax advantage gone, both Hong Kong and Singapore would have to fall back on their other attractions to lure international investors.

"Businesses can still tap on Singapore's beneficial legal, commercial systems, consistent regulatory environment and host of other qualitative factors that will continue to provide benefits for regional and global activities," said KPMG Singapore's Harvey Koenig and Dean Rolfe in a joint response. "The changes in the global taxes are set to provide Singapore the opportunity to adroitly adapt its tax regime and play up these competitive strengths."

The AmCham Singapore survey said that while businesses' top concern was the increase in the corporate tax rate, Singapore would remain attractive due to its skilled workforce, stable political environment, sound business infrastructure and legal system.

Said KPMG's Koenig and Rolfe: "Singapore has built itself up into a key hub for many industries, such as financial services, commodities trading, aviation and logistics.

"As the business environment becomes more complex, businesses appreciate the network of tax treaties, free-trade agreements and investment guarantee agreements that Singapore has, as it provides important protection against double taxation, trade barriers and other business risks.

"In addition, Singapore's location in the heart of Asean (the Association of Southeast Asian Nations) and the Asia-Pacific region, as well as use of English as a first language, makes it an easy place for businesses to expand into one of the fastest growing regions in the world."

Who will play ball?

Sumit Agarwal, a professor of finance and economics at the National University of Singapore, offered a radical opinion.

"I'm not sure if these cities will implement this," he said of Beps 2.0 in Singapore and Hong Kong.

Agarwal said given the pandemic and other economic factors, economies might simply decide not to implement the new rules.

"I don't know if even the United States itself is sticking to it. Governments, especially the US government, change in a few years and who knows if [former US president Donald] Trump will return, and the administration may actually completely abandon this kind of policy," he said.

"Theoretically, it is a good idea, but to get various countries to agree and implement it and stick to it — this is like Opec (Organisation of the Petroleum Exporting Countries) saying we'll charge X price for crude oil and they always deviate."

Singapore's finance minister in his budget speech also said the city state would "continue to closely monitor international developments before making any decisions" on whether to introduce the tax top-up rate.

In Hong Kong, finance chief Paul Chan Mo-po has said he plans to submit a proposal to the Legislative Council in the second half of this year and was considering introducing a domestic minimum top-up tax for the MNCs starting from the year of assessment 2024 to 25.

Agarwal said even if the two Asian finance hubs did eventually set corporate taxes for big companies at 15 per cent, they were likely to offer non-tax incentives that could offset the tax hike. The incentives, he said, could include carbon offsets, cheaper credit, free or subsidised land, and leeway to get around labour market rules or environmental laws.

Wong said Singapore's engagement with investors was already showing that governments were trying to "compete via non-tax investment promotion in order to recover from the pandemic and to make up for what they can no longer do through tax incentives".

READ ALSO: Economic Freedom Index (2022): What is it & why was Singapore ranked first?

Atlas Copco, a Swedish manufacturer of industrial products which has three customer centres in Singapore and one in Hong Kong, said if Beps 2.0 were implemented across the board, "investors may not see any advantage to invest in one country over another".

On her wish list for non-tax incentives was for Singapore to eliminate the withholding tax of 22 per cent when payment is made to non-resident companies and easing importation rules such as reducing the minimum percentage requirement on the Major Exporter Scheme from its current 51 per cent.

Agarwal said while the freebies could cause cities to lose tax revenue, "that will be fine" because as long as companies are still setting up in Singapore and Hong Kong, the jurisdictions benefit from employment gains and the expertise and know-how that companies bring in.