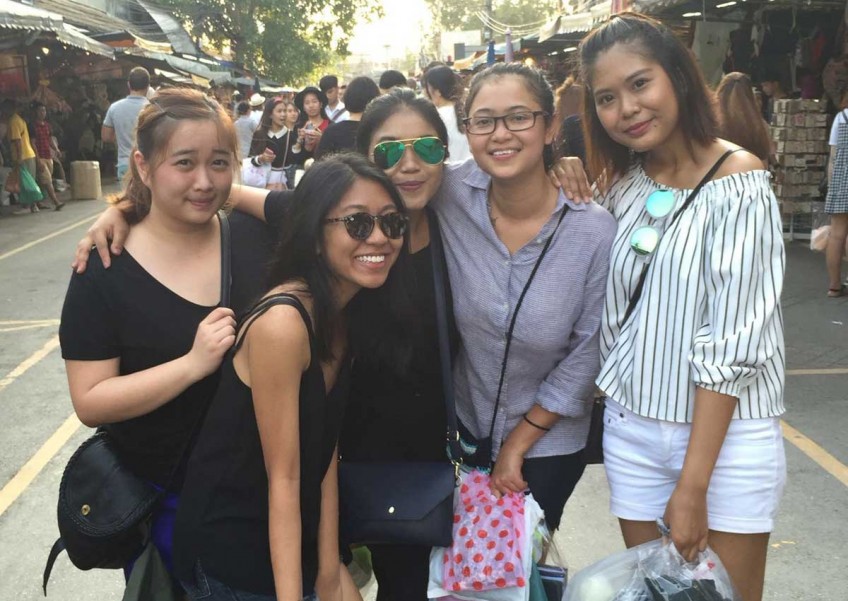 They had packed their sundresses for a holiday in the tropical city of Bangkok.

But when they arrived, the dip in temperature left them scrambling for warm clothing.

Singaporean Nurshafawati Ansary, 23, arrived in the capital city of Thailand last Thursday for a five-day holiday with four friends.

The group's first two days in Bangkok were uneventful.

"The weather was slightly windy, but it wasn't very cold. I liked it. Even when the sun was out, it was very breezy," said the undergraduate.

But on the third day, the temperature dropped to 17 deg C, making Miss Nurshafawati and her friends shiver in their thin clothes.

Bangkok was not the only city in Asia affected by the cold snap. Japan, Hong Kong, Taipei, Vietnam and many cities in China also saw much lower temperatures.

Said Miss Nurshafawati: "It was my first time in Bangkok, but two of my friends had been there before so they felt that the cold weather was very unusual.

"We were shopping at the night market in sundresses and slippers, but it got so cold that we had to buy jackets, sweaters and even scarves."

Undergraduate Masyitah Abdul Manaf, 23, who was also part of the group, said she was taken aback by the temperature.

"I had been to Bangkok before and whenever I went to Chatuchak weekend market, I would start sweating," said Miss Masyitah.

"But on this trip, it was different.

"I know how terrible the Bangkok heat can get, so it was a little scary when it got chilly.

"I was worried that it was the start of some sort of natural disaster."

Miss Nurshafawati told The New Paper that when it got colder, her nose got stuffy and she found it hard to breathe.

"I drank hot tea and stayed indoors to keep warm. Since we were in Thailand, I also drank a lot of tom yam soup," she said.

"I felt that it was especially colder at night. I was shivering even when I was eating."

The cold also brought out goodwill among residents of the city.

"A lot of them were very concerned and told us to bundle up when it got cold," said Miss Nurshafawati.

The group returned to Singapore on Monday.

The Thai Meteorological Department has predicted minimum temperatures of 18 to 20 deg C for the coming week, as the rest of the country experience a cold snap, according to The Straits Times.

Since last Sunday, temperatures in Northern Thailand have hovered at between 6 and 10 deg C, reported Bangkok Post.

This article was first published on January 27, 2016.
Get The New Paper for more stories.

[[nid:259056]]
SUBSCRIBE TO OUR NEWSLETTER
Your daily good stuff - AsiaOne stories delivered straight to your inbox