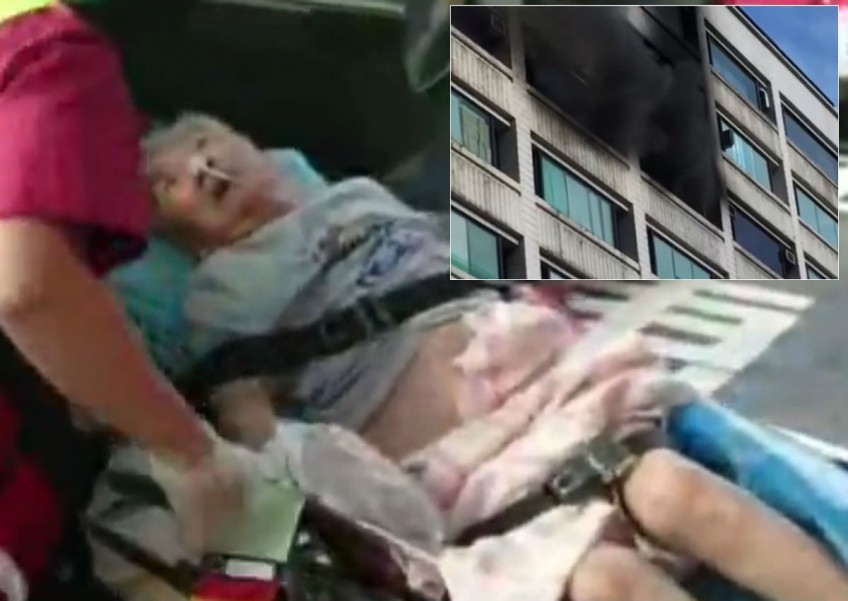 A fire that tore through a nursing home killed six people and injured another 28 in Taiwan on Wednesday.

Television footage showed elderly people being evacuated from the facility, some in clothes blackened by smoke.

Bodies were found in the private nursing facility on the eighth floor of a ten-storey building in Xindian, New Taipei City, while rescuers rushed 31 people to hospital.

"Three bodies were found in a room where the deadly fire likely started," an official at the city government's fire department told AFP.

"As they were all charred, they could not be immediately identified," she said.

A further three people were later pronounced dead, while 17 were found to be suffering from serious injuries, the fire department said.

The fire broke out around 7:00 am (2300 GMT Tuesday) and was extinguished in around 30 minutes, but the evacuation process was made more difficult by the fact that most elderly residents were bedridden or wheelchair-bound, the department added.

Authorities are still investigating the cause of the blaze.

They are also looking into claims that insufficient staffing at the home had further complicated the rescue effort.

"The facility has passed inspections but we are investigating if its response (to the fire) and the staffing on the day met regulations," New Taipei City deputy mayor Hou You-yi told reporters.

The facility has seven members of staff, according to the authorities. Local media reported that there were only two or three workers looking after some 40 residents at the time of the fire.

A relative of the deceased told Apple Daily that the staff had seemed overloaded, but still decided to let her mother stay because it was closer to their home and convenient to visit.

It was not immediately clear how many residents were present when the blaze broke out and how many managed to escape.

The owner of the nursing home, named Ching Pao-ling, was being questioned by police and prosecutors.

In 2012, 13 people were killed and 60 others injured in a nursing home fire in southern Taiwan started by a 67-year-old man.

The culprit, who was later sentenced to death, said he was in a bad mood, and was suffering from cancer and other chronic health problems.