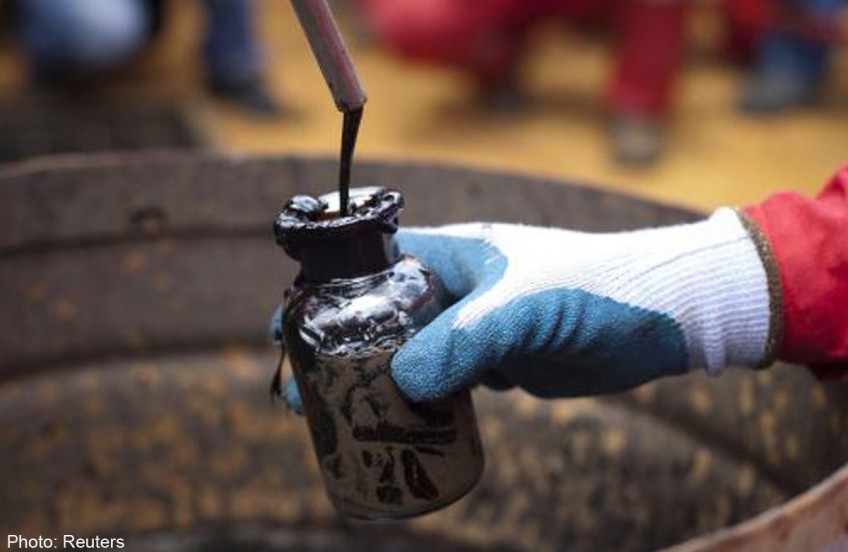 The biggest "energy story" in 2014 was no doubt the oil price crash, which many say has "upended the geopolitical chessboard."

Worth watching in 2015, therefore, is who will recover and dominate the play - the Organisation of Petroleum Exporting Countries, Russia's President Vladimir Putin who is fighting with his back against the wall, or the US shale companies who are allegedly being targeted by OPEC members.

As the US Energy Information Administration has noted in its latest outlook, "The recent declines in oil price and associated increases in oil price volatility have created a particularly uncertain forecasting environment, and several factors could cause oil prices to deviate significantly from current projections. Among these is the responsiveness of supply to the lower price environment."

Despite OPEC's recent decision to leave its crude oil production target at 30 million barrels per day, if crude oil prices continue to fall, Saudi Arabia and others could choose to cut production, tightening market balances.

"The level of crude oil production outages could also vary from forecast levels for a wide range of producers, including OPEC members Libya, Iraq, Iran, Nigeria and Venezuela.

Additionally, the price and lag time required to cause a reduction in forecast non-OPEC supply growth, particularly US tight oil, is not known.

The degree to which non-OPEC supply growth is affected by lower oil prices will also affect market balances and prices."

In layman terms, it's a very complex situation and to clearly understand the dynamics of oil prices and its impact on the world economy, we need to analyse major events in the past 50 or so years that affected the price and availability of oil.

The formation of OPEC: OPEC is an intergovernmental organisation that was founded in Baghdad in 1960. Comprising 12 members today - Algeria, Angola, Ecuador, Iran, Iraq, Kuwait, Libya, Nigeria, Qatar, Saudi Arabia, the United Arab Emirates and Venezuela - it has the capability and clout to create a major impact in world oil markets as they hold more than 40 per cent of the total oil supply. After five years, OPEC relocated its headquarters from Geneva to Vienna.

The first "oil shock": In 1973, during the Arab-Israeli War, Arab members of OPEC imposed an embargo against the US for supporting Israel. The embargo caused the price of oil to quadruple and led to an "energy crisis" in Western countries.

This led to a high inflation rate in the industrialized countries as they depended on oil supplies from the OPEC nations.

This was actually a turning point, as the developed countries realised the need and importance of finding new sources of oil, alternate fuels and better conservation techniques.

The second "oil shock": In 1979, the Shah of Iran was deposed and oil exports from Iran stopped. The US was importing a large part of its crude oil from Iran and was badly affected by this shortfall.

The Iran-Iraq War: In 1980, Iraq launched a war against Iran, the battle between two big oil producing countries blocked about 8 per cent of the total crude oil supply. However, Saudi Arabia and other OPEC nations increased production to avert a supply crisis.

Oil glut: In 1986, the oil price fell from US$27 (S$35) to below US$10 a barrel. This was because of slow economic growth in industrial countries due to oil shocks, energy conservation initiatives and overproduction.

First Gulf War: In August 1990, Iraq invaded Kuwait. The combined loss of production along with the threat of a blockage of production in Saudi Arabia made prices spiral.

The war was started by a UN-authorised force from 34 nations led by U.S, against Iraq in response to invasion of Kuwait.

Early 2000s: In early 2000, a weakened US economy and increases in non-OPEC production put downward pressure on prices. In addition, crude oil prices plummeted in the wake of the Sept. 11, 2001, attack on the US

The Iraq War: During this fragile time, 2003, inventories remained low in the US and other OECD countries, while Asian demand for crude oil was growing rapidly. In 2004 and 2005, the war and struggle in the Middle East continued as the spare capacity fell.

The lack of assurance in production ability to cope with further disruptions added a substantial risk premium to crude oil prices.

Turmoil in the Middle East: In the beginning of 2011, political turmoil in Egypt, Libya, Yemen, Syria and Bahrain, known as the "Arab Spring," shook the oil markets once again.

The oil market, already volatile in the aftermath of the global financial crisis of 2008, became even more volatile as fears that a drop in oil supply could occur due to the Arab Spring conflict drove oil prices to high levels.

Iran sanctions and Syrian violence: The push for tighter sanctions on Iranian oil exports and chaos in Syria in 2012 erupted and unnerved market participants, leading to spikes in oil prices.

Continuing unrest: Prices rose as tensions escalated between the US and Syria, and have been volatile ever since. Then they started dipping suddenly. The reason for that is actually simple but complicated by geopolitics.

Prices fall when supplies are up and demand is down. New sources of oil - including shale oil production, which has been booming in the US - has added significantly to the global supply.

Coupled with the fact that Europe is still fighting off a recession, and alternative energy sources are price-competitive, demand for oil has fallen well below expectations.

Without being too simplistic, we must acknowledge that OPEC is manipulating oil prices. It has decided to keep production at current levels, which will actually end up driving prices down more.

Why would they do that? There are many observations. Many suggest that it is an attempt by OPEC producers, especially Saudi Arabia, to drive higher-cost US shale drillers out of the market.

The theory is that because OPEC cartel members can drill at dirt-cheap prices, they can inflict despair on the lightly defended shale patch. In the end, US drillers will have to surrender and shut down. Given their deep pockets this is likely, despite the denials.

As The Economist notes: "Four things are now affecting the picture. Demand is low because of weak economic activity, increased efficiency and a growing switch away from oil to other fuels.

"Second, turmoil in Iraq and Libya has not affected their output. The market is more sanguine about geopolitical risk.

"Thirdly, America has become the world's largest oil producer. Though it does not export crude oil, it now imports much less, creating a lot of spare supply.

"Finally, the Saudis and their Gulf allies have decided not to sacrifice their own market share to restore the price. They could curb production sharply."