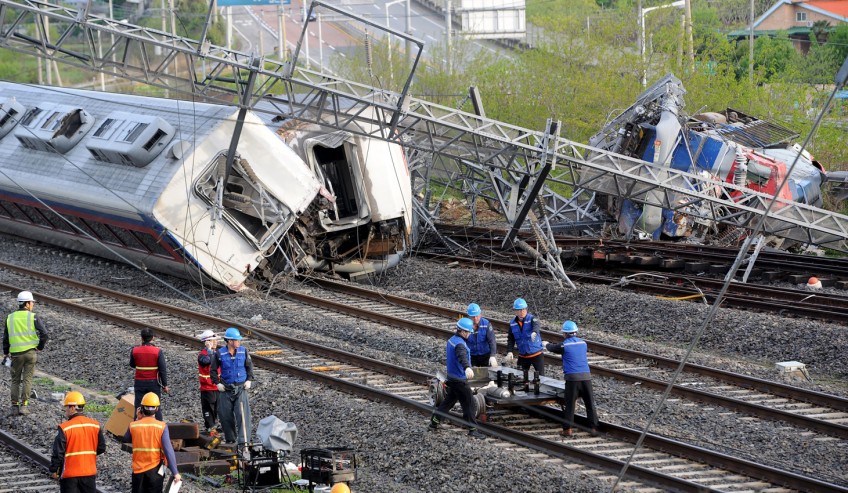 SEOUL - A South Korean passenger train derailed near the southern city of Yeosu on Friday, killing an engineer and injuring eight others, the railway operator said.

The locomotive and four of the train's seven passenger cars derailed on a section of track undergoing maintenance as it approached Yulchon station, about 350 km (200 miles) south of Seoul, the national railway operator Korail said in a statement.

The train was likely speeding as it entered a curved section, Yonhap news agency said, quoting railway officials on the scene.

An official at the Transport ministry's Railway Police declined to conment on the cause of the accident which took place around 3:40 a.m. (1840 GMT), citing an ongoing investigation.

There were 27 people on board the overnight train that departed Seoul late on Thursday, including 22 passengers and three cabin crew members, Korail said.