Lu Huang Yuan Yu 117, a Chinese-flagged fishing vessel that was secured by Indonesian authorities in Riau Islands after authorities received information about the death of an Indonesian worker on board.

For the thousands of fishing industry workers and crew members who boarded their employers’ vessels before the coronavirus outbreak, most thought that before long they would be back from the journeys to their homes and families.

For many, though, a few weeks or months have turned into an indefinite period at sea, while others have been left with unpaid salaries, or worse, with no job at all.

Labour groups and advocates have warned of a spike in exploitative practices aboard the boats and have called on governments to find solutions to the issue and help fishermen who have been stuck at sea for months or have been left stranded on foreign soil after being dumped there, many deeply in debt and without valid documentation.

The United Nations has estimated that more than 300,000 members of this hidden workforce have been trapped at sea due to travel restrictions, border closures and other measures introduced by governments to contain the spread of Covid-19.

Many face exploitation that can entail sleep deprivation, limited access to food and clean water, low salaries and gruelling working hours, with the pandemic putting them in an even more vulnerable situation.

“Some seafarers have been at the sea well beyond their contracts, and others are stuck on the land without a job,” said Darian McBain, head of sustainability at Thai Union Group, one of the world’s largest seafood producers.

McBain, who is an advisory board member of the International Labour Organisation’s Business Network on Forced Labour and Human Trafficking, said monitoring of conditions at sea for the workers has been nearly impossible.

“Some of those vessels have electronic monitoring” via video feeds, “but it is very difficult”, she said.

“Most audits have had to become virtual audits, because you cannot have people going onto vessels while the borders are closed,” she added, noting that governments should implement measures to allow fishing industry workers to be repatriated.

“It’s a huge challenge globally. Not just for the seafood industry, but for all seafarers,” she said.

When the pandemic broke out, port nations started changing regulations on a daily and even hourly basis. In many cases, shore leaves and medical leaves as well as crew changes were suspended, while getting vital supplies or technical support to the ships became more difficult.

António Guterres, the UN secretary general, renewed appeals last month for governments to act on behalf of seafarers and other maritime workers who have been stuck at sea because of the coronavirus pandemic, in some cases for more than a year.

Guterres pressed government authorities to allow the fatigued seafarers to be repatriated and replaced by colleagues who are awaiting deployment.

He noted that seafarers are on the front lines of the Covid-19 pandemic, playing an essential role in maintaining the flow of vital goods. Shipping accounts for the movement of more than 80 per cent of global trade, including food and vital medical supplies, needed during the pandemic, according to the UN.

“The reality is that in many ways seafarers are in a context where they are invisible to the society,” said Archana Kotecha, Asia regional director for the non-profit Liberty Shared, which works to prevent human trafficking.

“The seafarer job is in essence like a domestic worker and a sex worker job – you are on call 24 hours, you are living in your workplace, the possibility of doing protracted hours of work is high,” she noted.

At the same time, “you are at the mercy of the boat captain and the owner of the boat. You have limited freedom of movement and nowhere to turn to and report abuse. It creates the best climate for exploitation to take place.” 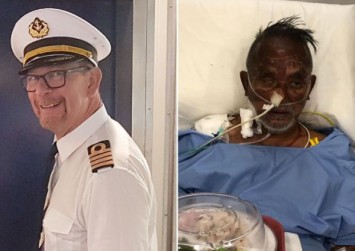 Kotecha said the situation can be even more dramatic if a seafarer contracts the coronavirus and others on the same boat need to quarantine. “Not only there is often little space on board, but also medical assistance is likely to be limited,” she said.

Environmental group Greenpeace found in an investigation earlier this year that migrant fishers who worked aboard vessels that were either flagged or linked to Taiwan reported conditions that were indicative of forced labour and environmental destruction.

Similar reports have emerged in recent years tied to vessels from other countries, such as Thailand.

In May, news reports revealed that four Indonesian men had died on a Chinese vessel and that three of the bodies had been dumped overboard. The rest of the Indonesian crew disembarked in South Korea in April after 13 months at the sea. They eventually returned home while waiting for thousands of dollars in unpaid wages.

The coronavirus pandemic may now exacerbate some of these long-standing issues on fishing vessels and lead to growing human rights abuses as well to an increase in illegal fishing, said Pearl Chen, ocean campaigner from Greenpeace East Asia.

Taiwan , a major fishing power, has seen dozens of fishing vessels returning to ports since March because of the pandemic. However, Chen said, some migrants working on fishing vessels were not given proper visas to stay in Taiwan and instead had to stay aboard their boats, in sometimes grim conditions. 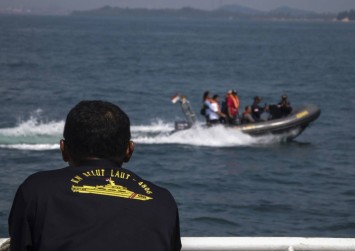 “Fishers were asked not to leave the vessels and some fishers were not provided with sufficient food and water,” she said.

She added that the Taiwan government has meanwhile introduced measures, such as quarantines and temporary visas, for those migrant fishers working on Taiwan-linked vessels.

Whether at sea or back in land, the coronavirus pandemic has placed a group that was already prone to abuse in an even more dire situation.

“In general, Covid-19 has made migrant workers much more vulnerable, particularly those who have lost their jobs,” said McBain, who has been responsible for introducing sustainable policies and enhancing transparency throughout Thai Union’s supply chains. “Even when they are able to get home through perilous journeys, there isn’t any work for them, which hugely increases the risk of human trafficking and getting into forced labour situations.”

Chen, the Greenpeace activist, argued that the Covid-19 pandemic should not be an opportunity for companies to evade responsibility for potential human rights abuses and illegal fishing in their supply chains.

“Companies may push the narrative that ‘we need to create more food’, or promote how they are helping to create more jobs to support increased demand for canned foods, and by doing so, ask for short cuts and enabling policies,” Chen said.

Kotecha noted that even though countries such as Thailand have adopted a number of measures in recent years to prevent exploitation on fishing vessels, “big enforcement gaps” remain to be tackled. “Also, we have not been able to get close enough to individuals and survivors that their voices are represented in the intervention measures,” she said.

Kotecha also said that carrying the label of a “failed migrant” has a great psychological impact on many of those who venture out and are forced to return home with debts.

“Sometimes being a failed migrant is a harder burden to bear than the exploitation,” she said.