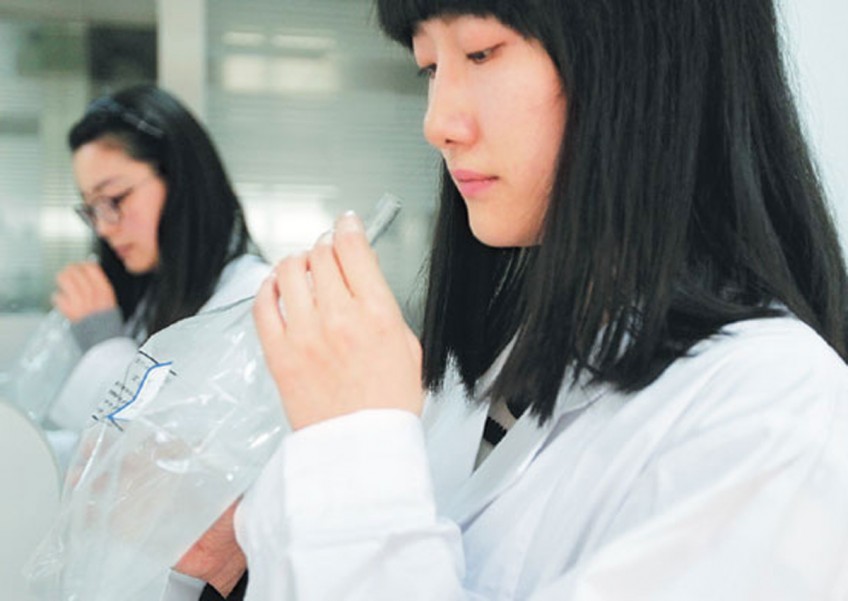 In the odour laboratory at Chongqing Jiangbei Environment Monitoring Station, a panel of six assessors prepare to evaluate gas samples based on their smell alone.

For the next four to five hours, they cannot talk to each other and must individually assess each sample by the intensity of its odour, its duration and offensiveness.

All they are allowed to drink is water and once the results of their assessments have been tallied, the outcomes will have legal validity and be used in environmental law enforcement.

Odor assessment is one of the newer professions to emanate from China's burgeoning environmental-protection industry, as the world's second-largest economy looks to tackle its pollution problems.

Does it pass the smell test?

Despite technological advances, machines remain limited in their ability to detect and analyse odours - especially at low concentrations - so the human nose still has a part to play.

It is estimated that more than 10,000 people work as odour assessors worldwide, and in Chongqing, there are nearly 100 of them based at various environment monitoring stations.

The southwestern municipality, a traditional industrial hub, was one of the first Chinese cities to employ such professionals.

Fu Ping, a 31-year-old chemistry major, started in the job six years ago. There are 11 assessors at her station, eight of whom are women.

"We have to take a written test and a sniff test before we get our license," she said.

"Most of the assessors are female because women who don't smoke or drink generally have a better sense of smell."

Only nonsmoking teetotalers ages 18 to 45 can become odour assessors and their licenses have to be renewed every three years.

"It is not that difficult and anyone with a healthy nose can do it with proper training," Fu said.

When working in the lab, the assessors cannot wear perfume or scented makeup and they need to avoid strongly flavored foods, such as those containing onion and garlic.

They also, occasionally, need to possess a strong stomach.

"One day I smelt too much ammonia (a gas with a strong, pungent odour) and I couldn't eat my lunch at all," Fu said.

Mostly, the odour assessors test samples from factories, hospitals and sewage plants, but sometimes, the station also receives odour reports from the public.

"When that happens, we first identify the source of the odour, take samples and evaluate them in the lab," said Men Qi, 30, another assessor at the Jiangbei station.

She said the number of reports has fallen in recent years, thanks to a series of environmental protection policies and strong law enforcement.

"The air quality is getting better and our job is getting easier now," she added.