Smuggling of solid waste in China triples in 3 years 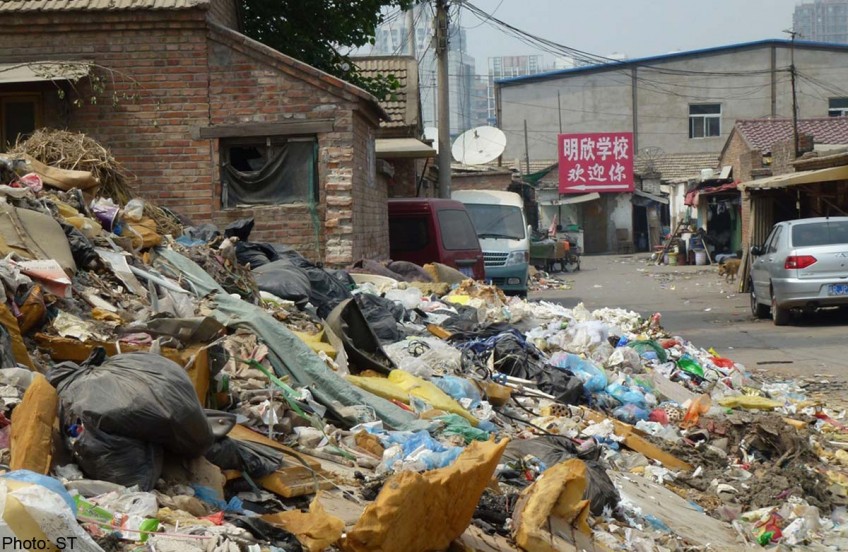 Customs authorities uncovered 192,000 tons of solid waste illegally imported from abroad in 2014, which would have posed a danger to the environment, according to the General Administration of Customs.

The figure was more than triple the amount found in the previous year, customs officials said.

Since 2012, customs officers have uncovered 174 instances of waste smuggling involving 385,900 tons of material, and captured more than 700 suspects as of mid-January.

Gu Qin, customs spokesman in Nanjing, Jiangsu province, said that many companies disguise prohibited waste as something legal to import.

"For example, China allows the import of waste paper that contains less than 1.5 per cent impurities, but it bans those contain higher impurities and pollute the environment," Gu said. "However, some companies declared that they were importing legal waste, even though they were smuggling prohibited waste."

Chinese law on solid waste classifies material as prohibited, limited and automatically approved for import. Imports of many categories of waste that pose risks to the environment because they contain hazardous substances or are expensive to recycle are banned.

"But some people ignore pollution and even work with overseas organisations to smuggle the waste for high profits," said Shen Jianming, director of the supervision and clearance department of Nanjing customs.

"According to law, customs needs to check the certificates of waste that has been approved by the environmental, commercial and inspection and quarantine departments. But inventive smugglers who find ways to dodge supervision have made our work very difficult."

Shen said many customs offices have strengthened their inspections of solid waste through manual inspection of goods that look suspicious in X-ray images and weighing all vehicles transporting waste.

"Companies smuggling solid waste should be punished severely, and the country should improve its regulations and laws on solid waste control," said Gu Xiaoming, a waste treatment expert with the Zhenjiang environmental protection department in Jiangsu province. "Law enforcement is essential now to prevent smuggling."