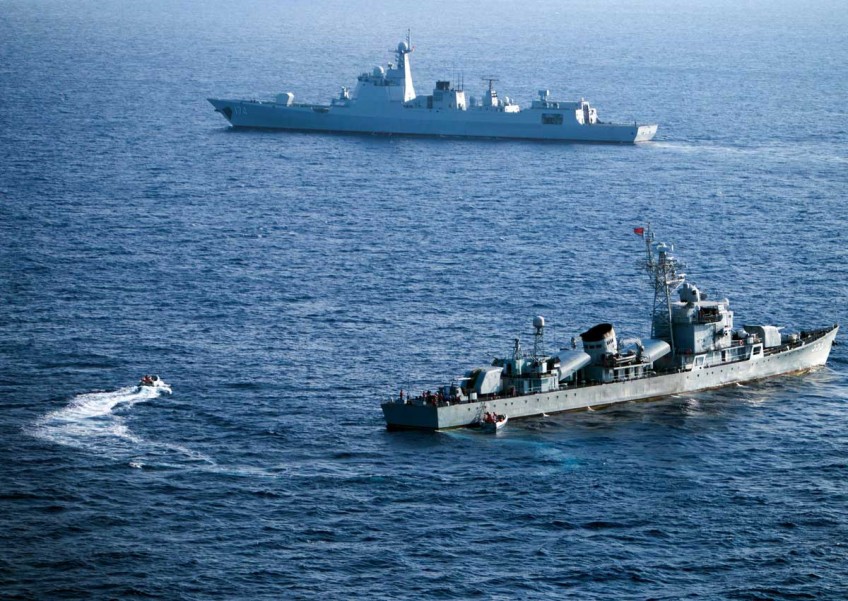 Beijing braced on July 12, 2016 for an international tribunal's ruling on the South China Sea, where it has expansive territorial claims, with all eyes watching for the Asian giant's reaction on the ground or in the water.
AFP

THE HAGUE - A United Nations-backed tribunal on Tuesday (July 12) issued a damning ruling against China on its long-running dispute with the Philippines in the South China Sea.

Here are some of the key findings in the lengthy document.

- The five member panel found that Chinese fishermen, amongst others, had historically made use of the islands in the South China Sea but "there was no evidence that China had historically exercised exclusive control over the waters or their resources.

"The Tribunal concluded that there was no legal basis for China to claim historic rights to resources within the sea areas falling within the 'nine-dash-line'".

- The artificial islands that China has been furiously building over recent years are not capable of sustaining a population and therefore under international treaties do not have the 200 nautical mile "exclusive economic zone" (EEZ) enjoyed by inhabited land.

"The Tribunal noted that the current presence of official personnel on many of the features is dependent on outside support and not reflective of the capacity of the features... (and) ....that none of the Spratly Islands is capable of generating extended maritime zones.

"The Tribunal found that it could - without delimiting a boundary - declare that certain sea areas are within the exclusive economic zone of the Philippines, because those areas are not overlapped by any possible entitlement of China." Because areas at issue are within the Philippines EEZ, Chinese construction of artificial islands and its interference with Philippine fishing and mineral activities is illegal.

"China had violated the Philippines' sovereign rights in its exclusive economic zone. The Tribunal further held that Chinese law-enforcement vessels had unlawfully created a serious risk of collision when they physically obstructed Philippine vessels." China's large-scale land reclamation has "caused severe harm to the coral reef environment and violated its obligation to preserve and protect fragile ecosystems".

China was also remiss in failing to put a stop to the harmful "harvesting of endangered sea turtles, coral and giant clams on a substantial scale" by its fishermen.

The panel said it had no jurisdiction over the military standoff at Second Thomas Shoal, where Chinese and Philippine military and law enforcement vessels are locked in confrontation.

However, "China's recent large-scale reclamation and construction of artificial islands was incompatible with the obligations on a state during dispute resolution proceedings, insofar as China has... destroyed evidence of the natural condition of features of the South China Sea that formed part of the Parties' dispute."