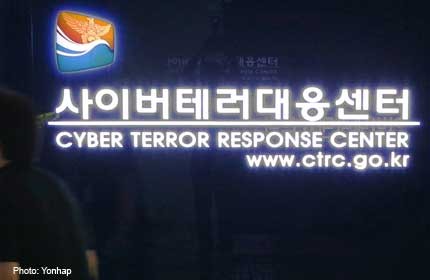 SEOUL - South Korea accused North Korea yesterday of mounting cyber attacks on the websites of its presidential office and other government agencies, saying it had identified signature malicious computer codes and an internet address.

The cyber attacks took place last month, on the anniversary of the beginning of the 1950-53 Korean War which left the peninsula divided between the rival countries.

North Korea has been suspected of masterminding previous cyber attacks on South Korea, including one in March that paralysed tens of thousands of computers and servers at major broadcasters and banks. North Korea has repeatedly denied responsibility for such attacks saying it has also been a victim of hacking.

South Korean officials said they had detected North Korean involvement in the latest cyber assault that shut down several sites including those of the presidential office and the conservative ruling party.

"An IP address within North Korea's bandwidth was found," Chun Kilsoo, an official at the state-run Korea Internet and Security Agency, told a briefing, referring to a computer's internet protocol address.

The malicious computer codes and technique of the attack were similar to those detected in previous hacking attacks traced to the North, officials added.