People walk through the Myeongdong shopping district of South Korean capital Seoul in May.

As much of the world went into lockdown last year during the early days of the Covid-19 pandemic, South Korea bucked the trend with a strategy aimed at keeping as much of its economy open as possible.

More than 18 months into the global health crisis, it is once again blazing a trail as a rare example of an Asia-Pacific economy now taking concrete steps to reopen its borders.

Since Thursday (July 1), fully vaccinated visitors have been able to skip an otherwise compulsory two week-quarantine if they are visiting family, or travelling for business, academic or public interest reasons — so long as they did not travel through one of 21 countries deemed to be high risk.

Eligible travellers must have been inoculated with a World Health Organisation-approved vaccine and need to apply in advance via their nearest diplomatic mission, submitting proof of vaccination and documents proving family ties or other reasons for travel. A negative Covid-19 test is also required before departure and on arrival.

Anyone vaccinated in South Korea has been exempt from self-isolation requirements for returning travellers since early May — part of a raft of measures aimed at encouraging people to get jabbed that include an easing of capacity limits at entertainment venues and the ditching of an outdoor mask-wearing mandate for those who have received at least one vaccine dose.

Unlike North America and Europe — where more than half the population have received at least one dose of a Covid-19 vaccine — fewer than one in three people in South Korea had been jabbed as of Friday, with about 10 per cent of the population fully inoculated.

The country's approach falls short of a full reopening, yet looks bold in a region that has shown little appetite for easing border controls amid low vaccination rates, new virus variants and a zero-tolerance mentality toward infections — even as the economic and social costs of isolation continue to mount.

"It is best to adapt and learn how to 'live with it,'" said Alice Hyun-Kyung Tan, a doctor of internal medicine and consultant at MizMedi Women's Hospital in Seoul. "The adaptation strategy is national vaccination, strategic testing, informed quarantine, and sustained public health and social measures." 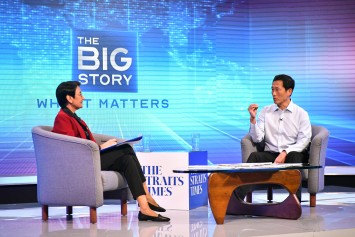 Governments elsewhere in Asia have seemed reluctant to follow Seoul's lead, however. In Singapore, authorities last week said they were preparing for a future in which Covid-19 is endemic , but have yet to lay out any firm timetable for reopening and still impose 14 days of hotel quarantine on most arrivals.

Hong Kong last month cut hotel quarantine to seven days for vaccinated residents who test positive for Covid-19 antibodies and have not been to a place the government deems "extremely" or "very" high risk — such as Britain , Indonesia and the Philippines — but has offered little indication of how or when it plans to reopen.

Vietnam and Australia have been mostly closed to non-residents since March last year, with Canberra signalling that major changes to its border controls are unlikely until at least mid-2022. Australian Prime Minister Scott Morrison on Friday halved a cap on weekly arrivals amid outbreaks of the Delta variant in multiple cities, while announcing that the government would set vaccination targets - as yet unspecified - for the eventual return of normal life.

Thailand, meanwhile, reopened its popular resort island of Phuket to fully vaccinated travellers from lower-risk countries on Thursday — though in the rest of the country, arrivals must still undergo 14 days of hotel quarantine. 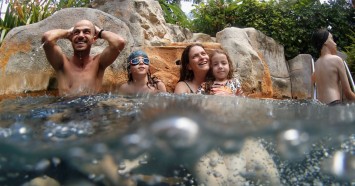 "The Korean government is quite confident because medical support is very strong, people have been very cooperative, and information can be propagated very easily to the whole population due to outstanding ICT infrastructure," he said. "Even the elderly can use smartphones and apps."

Jung, who is a professor at Hallym University Sacred Heart Hospital, said South Korea's economy depended on its links with the outside world, while younger Koreans in particular were eager to start travelling again.

"Korea lives on exporting various goods," he said. "So the Korean government wants to open borders as early as possible."

In contrast to the United States and Europe, where nearly 1.8 million people have died of Covid-19, South Korea has won plaudits for its pandemic response, recording just over 2,000 deaths among a population of more than 51 million.

But unlike Australia, New Zealand, Hong Kong, Taiwan and other "zero-Covid" economies that have tried to eliminate the virus entirely, Seoul has for months now been reporting hundreds of new cases every day.

Instead of sweeping lockdowns, the government has relied on compulsory quarantine, hi-tech contact-tracing and mass testing to keep outbreaks under control. Regional governments have limited private gatherings and shut high-risk entertainment venues such as nightclubs and karaoke bars during major flare-ups, but stay-at-home orders and curfews have been avoided with most businesses allowed to continue operating.

South Korea's export-dependent economy shrank last year, but only by one per cent — a "stellar" performance President Moon Jae-in attributed to the country's "exemplary pandemic response" and avoidance of lockdowns in his New Year's address.

Seoul's coronavirus strategy has not been without its stumbles or controversy. As with much of the Asia-Pacific, vaccinations got off to a slow start, with critics accusing the government of not acting early enough to procure jabs — although coverage now ranks among the highest in the region, after Mongolia, mainland China, Singapore and Hong Kong. On Thursday, South Korea reported 800 new coronavirus cases, the highest daily figure since early January, prompting provincial authorities to postpone by a week the easing of limits on private gatherings and restaurants' operating hours for those who are unvaccinated.

"Within Korea, the current modulations are in the direction of stronger restrictions, and limiting maximum gatherings of people in both public and private settings," said Sohn Myong-sei, a former dean of the Graduate School of Public Health at Yonsei University in Seoul.

But as North America and Europe reopen their borders, Asia's fourth-largest economy appears closer to returning to a pre-pandemic way of life — including overseas travel — than many of its regional peers.

"Zero-Covid was always a fantasy, and trying to make it a reality has led Australia to kick an own goal," said Gigi Foster, a professor of economics at the University of New South Wales and vocal critic of Australia's border closures. "We are now being left behind by other more sensible and pragmatic countries, including South Korea and plenty of other ones around the world, that are finally waking up to the fact that with all the tools now at hand, including vaccines, it is more desirable to live with this disease than to keep pressing pause on life as we had known it pre-Covid."

Cho Sung-il, a professor of epidemiology at Seoul National University, said South Korea's strategy was not without risks, especially considering the spread of the highly contagious Delta variant, which is fuelling a major surge in cases in Britain.

"As in other countries, it's a race between the spreading variants and vaccination roll-out, and the degree and speed of relaxation must walk a fine line to keep the balance within the safe side of the boundary," he said.

But Cho said he believed relaxing border controls was an "acceptable idea" given the large number of Koreans based overseas, the pace of the vaccine roll-out and the continuing implementation of some social distancing measures.

Early indications suggest strong interest in the offer of quarantine-free travel. South Korea's foreign ministry said on Wednesday that diplomatic missions in the US had already received thousands of applications since opening for submissions earlier in the week.

Park Sang-won, CEO of Singapore-based software company Favorite Medium, said he was relieved he would be able to skip quarantine during a business trip planned for later this month.

"To its credit, South Korea adopted a pragmatic policy early on in the pandemic," said Park, a South Korean citizen and permanent resident of Singapore who will be departing from Tokyo. "It's an example of how you can stay fairly open to the world without killing your economy."