South Korean Olympic athlete Shim Suk-hee has accused her former coach, who is already serving a 10-month jail sentence for assault, of raping her repeatedly since she was a teenager.

Cho Jae-beom was convicted in September of beating and abusing Shim and three other skaters over a seven-year period.

In her latest complaint filed last month, the 22-year-old Shim accused Cho of multiple rapes and sexual assaults beginning in 2014 when she was a high school student, said her lawyer Lim Sang-hyuk.

"She has been repeatedly subjected to these crimes since she was a teenager and the depth of her traumatic wounds is beyond description," he told SBS News.

Cho's lawyers have denied the allegations.

Yet Shim maintains that Cho's sexual abuse continued until around two months before the opening of the Pyeongchang Winter Olympics in February 2018. 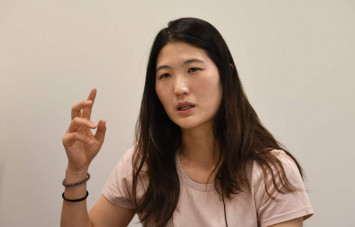 She was unable to tell the truth earlier because of Cho's threat that the revelation could ruin her sports career, her lawyer said.

In December, Shim told an appeal court of the years of abuse she suffered at Cho's hands.

She said Cho had been beating her since she was seven and at one point beat her with an ice hockey stick and broke her fingers, leaving her "deeply traumatised".

His violence "kept escalating" as she grew older, she said at the hearing in Suwon, south of Seoul.

Just weeks before the Pyeongchang Olympics, "he kicked and punched me so hard, especially on my head, that I even thought 'I could die here,'" she told the court.

South Korea is a regional sporting power that is regularly in the top 10 medal places at the Summer and Winter Olympics. It is the only Asian country other than Japan to have hosted both Games.

But in an already intensely competitive society, winning is everything in its sports community where coaches hold immense sway over athletes' careers, and physical and verbal abuse are known to be rife. Those who speak out are liable to be sidelined and castigated as "traitors".