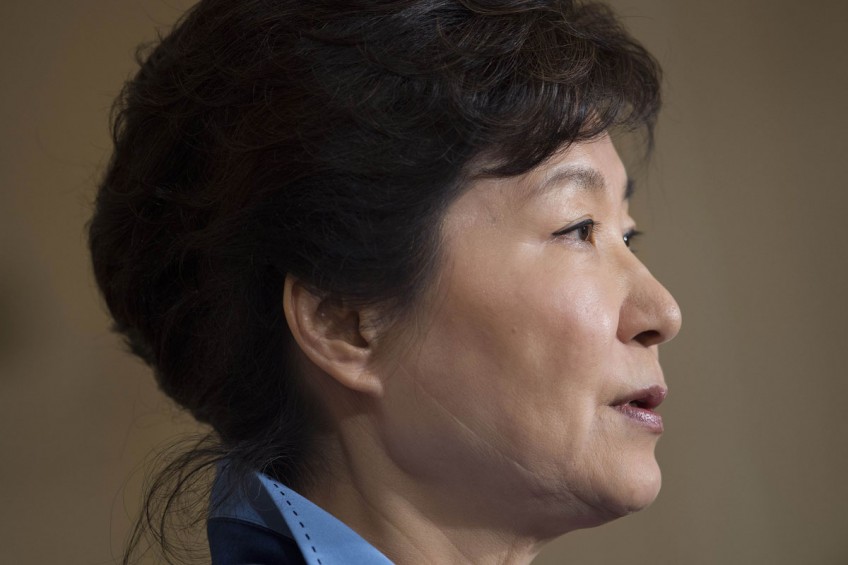 The result left the three liberal opposition parties with a combined 167 seats in the 300-seat legislature.

Presiding over her first cabinet meeting since the election, Ms Park said it had provided "an opportunity to think about the people's will"."I will humbly accept the consensus of public opinion and put people's livelihoods at the foremost of state affairs," she added.

The crushing defeat leaves Ms Park, who has less than two years left of her single, five-year term, a lame duck leader who will increasingly struggle to push through her conservative economic agenda, including labour reforms.

Political power in South Korea is firmly concentrated in the presidency and Ms Park has fallen short on most of her key economic promises, a failure she put down to legislative inaction.

Vowing to "work closely" with the new parliament, she told her senior officials to prioritise "policies for boosting job creation".

Under Ms Park's presidency, annual economic growth in Asia's fourth largest economy has averaged around 2.9 per cent compared to 3.2 per cent under her predecessor Lee Myung Bak.

Exports, which account for more than half of Gross Domestic Party, have fallen for the past 14 months straight, while household debt has soared to a record US$1 trillion (S$1.35 trillion).

Meanwhile, the jobless rate for those under 30 has reached a record high of 12.5 per cent.