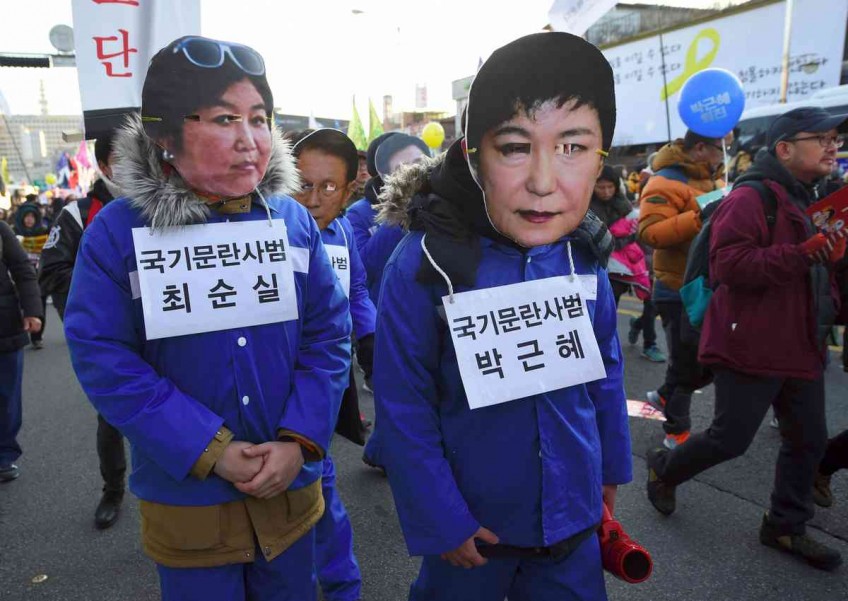 Protesters wearing masks of South Korea's President Park Geun-Hye (R) and the president's long-time friend Choi Soon-Sil (L) march towards the presidential house during a rally demanding the arrest of the president in Seoul on December 10, 2016.
AFP

SEOUL - South Korea's special prosecutor's office said on Tuesday it plans to question President Park Geun-hye by early February in its investigation of a corruption scandal that saw her impeached by parliament last month.

The prosecution expected Park to agree to questioning but had yet to discuss details with her office, Lee Kyu-chul, spokesman for the special prosecutor, told a regular media briefing.

As president, Park is immune from prosecution in the case but has said previously she would agree to questioning by the special prosecutor.

She has denied any wrongdoing in the matter.

The Constitutional Court will decide whether to uphold or overturn parliament's impeachment motion.