A 77-year-old South Korean fringe religious leader, already a convicted rapist, was arrested on charges of sexually assaulting two women including one from Hong Kong , local media reported on Wednesday.

Jung Myung-seok, head of a controversial Christian sect called the Christian Gospel Mission (CGM), is accused of quasi-raping the Hongkonger and sexually molesting an Australian from 2018 to 2021.

South Korea ’s Criminal Code defines quasi-rape as the act of having sexual intercourse with another person by taking advantage of his or her condition of unconsciousness or inability to resist.

The legal penalty for quasi rape is a minimum of three years imprisonment. As there are no regulations regarding fines, the absolute penalty is always imprisonment.

CGM, also known as Providence or JMS reportedly promotes Jung, as the messiah of the second coming, strongly denied the allegations claiming they were groundless.

Jung, who is also known as Pastor Jeong will remain in custody until a decision on a possible trial is made.

He has already served 10 years in prison for raping three South Korean followers during an overseas preaching trip, which included a visit to Hong Kong. He was arrested in China and deported in 2008.

Jung was released in 2018, but was fitted with a GPS ankle bracelet. Since then he has confined himself to the Wolmyeongdong Sanctuary, the group’s off-limits hub in the southern city of Geumsan.

This is where the two women were allegedly victimised by Jung.

According to the Hong Kong woman, known as Miss Y, she said Jung had sexually assaulted her multiple times in breach of the legal provision against quasi-raping when she was a student visiting South Korea in 2018. 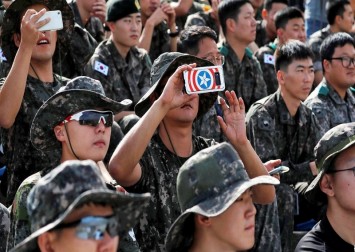 “It is a task for me from Heaven to reveal the truth so that there should be no more victims. Jung Myung-seok is absolutely not a messiah. JMS is not a place where the providence is realised. It is a place that sexually exploits women,” Miss Y said in fluent Korean at a press conference in March.

JMS said in a statement that the church will sincerely respond to judicial procedures and dispute allegations by the complainants to reveal the truth.

In March, JMS said in a statement the allegations made by Miss Y and the Australian woman were “groundless”, warning of libel lawsuits against any media outlets that report “unverified” facts.

Kim Do-hyeong, an activist and former head of Exodus, an anti-JMS movement helping the alleged victims, said five other victims were preparing to file sexual violence lawsuits against Jung.

“JMS has been recruiting thousands of followers in Taiwan and Japan as well in recent years,” he told This Week in Asia, adding that a documentary film is being made on the sect by Netflix .