Cho Ju-bin made history for all the wrong reasons. In 2020, he became the first suspect ever in South Korea to have his identity revealed before conviction, after 2.7 million people signed a presidential petition demanding to see his face.

The 24-year-old was later jailed for 42 years. His crime? Blackmailing underage girls to perform degrading sexual acts on video that he then uploaded to chat rooms on private-messaging app Telegram, in what became known as the "Nth Room" case.

Cho's conviction marked a turning point for South Korean activists who have long called for judicial reforms that would prioritise digital sex crimes and ensure the needs of victims were better served. But with the election in March of conservative President Yoon Suk-yeol, some worry about recent progress stalling or being reversed.

The year before, only 119 of the 5,437 people arrested for such crimes were jailed, according to police statistics - a conviction rate of just 2 per cent. This is partly a result of prosecutors dropping cases before they get to trial, with a recent Human Rights Watch report finding that 43.5 per cent of digital sex crimes cases were abandoned in 2019, compared to 27.7 per cent of homicides and 19 per cent of robberies.

"One of the biggest issues with digital sex crimes today is proving a third party is guilty of consuming and distributing illegal content," said Chang Da-hye, a research fellow at the Korean Institute of Criminology and Justice. "Perpetrators know how to tread the fine line very well, and they can make the excuse that they didn't know about the nature of the video when they encountered it online."

Chang wants to see "a wider allowance for what prosecutors can use as digital evidence in these cases" and a crackdown on online abuse that she said "leads to women questioning whether it's reasonable to report such comments or if they are overreacting". 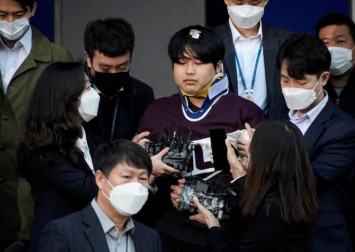 The administration of previous President Moon Jae-in did make progress combating the problem. In 2017, it passed the Comprehensive Measures for the Prevention of Digital Sexual Crimes to assist with removing sexually exploitative content from the internet. A year later, every regional police agency in the country had established specialised teams to investigate digital sex crimes.

In the aftermath of the Nth Room case, South Korea's National Assembly passed a law that holds online platforms criminally responsible for failing to prevent illegal content from circulating. Many internet companies have since introduced systems designed by the Korea Communications Standards Commission to filter out such content - though Chang said this had been resisted by "people who say this is excessive monitoring and that this leads to a breach of freedom of expression".

A digital sex-crime task force established by the justice ministry, meanwhile, highlighted the need for an integrated victim support system, emergency measures to immediately remove illegal online content, greater protections for victims of sexual crimes during court proceedings and guidance for the media in reporting on such cases.

But activists say more needs to be done to crack down on offenders.

"Although what exactly constitutes a digital sex crime has been broadened by the courts, we believe that perpetrators of such crimes should receive heftier punishments," said Kim Yeo-jin, director of the Korea Cyber Sexual Violence Response Centre, which was set up in 2017 to help victims of digital sex crimes remove content featuring them from the internet and "fill the void in countermeasures against such crimes".

Kim sees the Nth Room case as something of an outlier. Cho only received such a lengthy prison sentence "because he was the ringleader of a criminal gang", she said. Others, such as Son Jung-woo - who made 400 million won (US$316,000) between 2015 and 2018 by selling and distributing sexually exploitative videos of children to some 1.28 million users in 38 countries through a site on the dark web called Welcome To Video - were shown much more leniency by the courts.

"Son Jung-woo of Welcome to Video only received a year-and-a-half in prison after being convicted under the law protecting children and adolescents from sexual exploitation," Kim said. "We need specific laws for perpetrators who organise systems for sexual exploitation online."

But the likelihood of such laws being passed diminished considerably when Yoon and his right-wing People Power Party took power. The former prosecutor general has dismissed the idea that gender discrimination is systemic in South Korea, blamed the country's low birth rate on feminism and pledged to abolish the Ministry of Gender Equality and Family - accusing its officials of treating men like "potential sex criminals".

The Organisation for Economic Cooperation and Development, meanwhile, ranks South Korea near the bottom for gender equality among developed countries, with the highest gender pay gap - at 31.5 per cent - of any of its members. South Korea also ranks 123rd out of 156 countries globally for women's economic participation and opportunity, according to rights group Amnesty International.

"We see the next five years as a big obstacle," said the Korea Cyber Sexual Violence Response Centre's Kim. "There's the question of how seriously the administration will take gender discrimination and the more concrete question of what will happen to victim support programmes and initiatives if the gender ministry is in fact abolished.

"Victims of sexual violence that are failed by the legal system will become helpless."