Southeast Asia escaped the worst of Covid-19, but its economic effects could be felt for years to come

A woman uses her phone on an observation deck as the skyline, shrouded by haze, is seen in Singapore, Sept 13, 2019.

Southeast Asia has not suffered as much from the coronavirus pandemic as many other parts of the world. Despite having about 9 per cent of the global population, it has only registered around 2 per cent of the total cases, and 1 per cent of the fatalities.

This was partly thanks to early draconian measures such as cross-border travel restrictions and lockdowns that many countries in the region implemented – but these also had a significant impact on their economies, particularly in the second quarter.

Attempts to control the spread of Covid-19 have also been very uneven.

In the Philippines and Indonesia , there appears to have been a lack of progress in containing the pandemic, while for other countries such as Brunei, Malaysia , Singapore and Thailand , their infection curves indicate that the contagion is under control.

In Cambodia , Laos , Myanmar and Vietnam , however, low testing rates have led to some degree of uncertainty about relative caseloads.

Asia’s economic growth to be lowest since 1967, but China to hit 2 per cent

The economic cost of the pandemic is partly a result of different governments’ responses to it. Containment and closure measures, in particular, had a severe dampening effect on many Southeast Asian economies.

Retail and recreation were particularly hard hit in Myanmar, Malaysia and the Philippines, which saw deep declines in activity of between 72 and 82 per cent. Social restriction measures were also implemented for a relatively long time in these countries.

To ease the effects of such measures and jump-start economic recovery, almost all governments in the region implemented stimulus programmes – though with significant variations in size.

In terms of stimulus as a share of GDP, Singapore, with 26.2 per cent, has spent the most so far, followed by Malaysia with 22.1 per cent and Thailand with 16 per cent.

Cross-country variations are even starker when the amount of stimulus is divided by population size. Singapore again leads the pack, spending US$8,819 per capita, with countries in the second tier spending significantly less – US$728 per person for Brunei, $683 for Malaysia and US$625 for Thailand.

A general tendency can be observed for countries with more cases per capita to also spend more, but it is worth noting that the actual speed of the fiscal stimulus roll-out matters.

Indonesia, for example, had allocated less than 35 per cent of the money set aside for health and economic stimulus by mid-September.

Aside from the amount spent on stimulus, the manner in which it was spent also matters. Stimulus programmes have typically featured direct and indirect financial support to households, loans to the corporate sector as well as lower interest rates through monetary policy.

Most countries have provided direct income support for households in the form of cash transfers as well as deferral of income tax payments and social security contributions. The most common indirect support to households has been subsidies for utility bills and loan moratoriums.

For firms, tax payments and contributions to social security have been deferred in almost all countries in the region. Governments have also provided financial assistance facilities to support businesses such as through loan and guarantee schemes, with tailored support for the likes of the tourism and hospitality sectors. 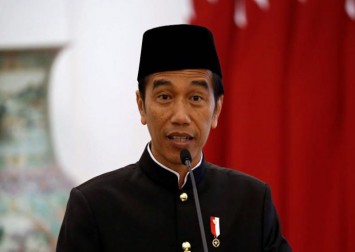 Monetary policy has also been used extensively to sustain business operations as well as support the health and stability of the financial sector.

Most central banks in the region have cut interest rates, conducted open market operations, and temporarily eased requirements for banks and financial organisations to increase liquidity.

Many countries are also actively managing the volatility of their financial markets by reducing the debt burden of businesses to minimise non-performing loans, temporarily prohibiting short-selling and exempting fees, among other measures.

Even so, the economic impact of the pandemic in Southeast Asia has been severe. With the exception of Vietnam, all the region’s economies contracted year on year in the second quarter.

Some of the hardest hit were Malaysia, with a 17.1 per cent contraction; the Philippines, with minus 16.5 per cent; Singapore with a 13.2 per cent drop; and Thailand with a 12.2 per cent decline.

These effects are likely to have been compounded by the depth and duration of the containment and control measures that were implemented in each country.

Domestic factors driving economic slowdowns have included contractions in consumption – which were particularly severe in Malaysia, Singapore and the Philippines – while a decline in investment also emerged as a serious drag on these three economies plus Indonesia.

A general contraction in exports was particularly damaging for very open economies such as Singapore, Malaysia and Thailand, though more recent trade statistics do indicate a weak recovery since June.

For many countries in the region, the decline in imports has been large enough to offset the decline in exports, resulting in an overall positive contribution to the economy. However, export declines worsen unemployment.

Open economies with small agricultural sectors such as Malaysia and Thailand have been particularly hard hit as there are fewer rural opportunities for unemployed urban workers to fall back on. Beyond unemployment, economic contractions are likely to exacerbate poverty levels.

In Indonesia, the region’s most populous country, an economic contraction of 3.5 per cent is set to increase the number of poor by some 19.7 million.

Economic slowdowns have varied in their intensity across Southeast Asia, mostly as a result of the policy choice between containing the pandemic and sustaining economic activities. This challenging balancing act has been affected by both economic openness and the resources available to each government.

The implementation of stringent containment and control measures have had considerable dampening effects on domestic consumption, especially in Malaysia, Singapore and the Philippines.

The adverse global environment has also affected those economies that are export dependent, such as Singapore, Malaysia and Thailand. 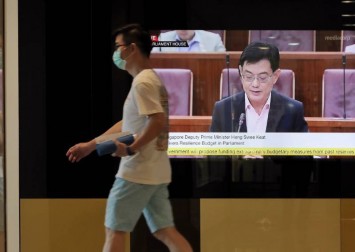 These are also the countries that have allocated considerable resources to stimulate their economies.

Other countries with less trade dependence and larger domestic economies such as Indonesia have opted for less stringent containment and control measures with the consequence of rising Covid-19 infection rates but a more robust economy.

One emerging concern is the medium to long-term consequences of stimulus packages that have resulted in larger fiscal deficits and increased government debt.

Though saving lives is an obvious priority and economic recovery an imperative, the spectres of higher debt burdens and lethargic future growth – making it more difficult to service debt – are likely to influence policymakers’ perceptions of the possibility of further fiscal stimulus.

Rising budget deficits could also be problematic for countries with current account deficits that are funded through short-term capital flows. Any capital flight may bring pressure on their currencies, resulting in a worsening of debt denominated in US dollars. 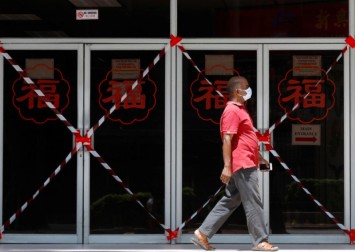 For example, the Indonesian rupiah depreciated by 10 per cent in March as investors moved their portfolios elsewhere. The currency only regained some ground after the central bank intervened by purchasing government bonds.

For others with relatively larger domestic markets and less trade dependence, much will depend on their ability to control the pandemic without resorting to stringent restrictions.

In the longer term, the impact of the pandemic on health and human capital is also likely to be important. The policy responses in these areas will affect the capabilities of individuals and firms to create and take advantage of economic opportunities in the future.

Thus, governments in the region need to go beyond firefighting the current pandemic and start planning for the future despite the deep uncertainties ahead.