For over a decade, Tidaporn Potisai served customers with a smile at 38,000 feet in the air. Today, the former flight attendant continues to do so on land with a mean bowl of kor moo yang (Thai grilled pork).

After Covid-19 struck and flights were grounded, she decided in May to turn her cooking hobby into an online business. It turned out to be a hit – she receives anywhere between 50 to 100 daily orders from all parts of Bangkok.

“It was really hard to make the decision to quit the job I love,” said Tidaporn, who is in her 30s. “But it’s been six months since we had flights, so my husband suggested selling kor moo yang .”

Like her, more young adults in Southeast Asia are becoming their own bosses – an enterprising spirit born out of the pandemic. With jobs slashed due to the economic downturn, youth unemployment has been rife. However, young people have rallied to seize opportunities that have emerged from the crisis.

In the growing middle class of the Association of Southeast Asian Nations (Asean), younger entrepreneurs are eager to tap a market with strong purchasing power despite the virus-hit economy.

As digital penetration jumps, with more people working from home, there is growing confidence of strong demand for fast-moving consumer goods (FMCG) and other services online.

And for a generation that practically lives in the digital sphere, the low barrier of entry into a familiar realm represents their best chance to succeed in an uncertain period.

While there are no concrete numbers that show a rise in overall entrepreneurial activity in Southeast Asia during previous recessions, experts are seeing a change this time.

For one, an economic crisis would impact younger people much more than older adults as opportunities to get their first job dried up, said Grace Lee, head of the Economics Department at Monash University, Malaysia.

“Past evidence has shown that youth graduating during crises will find it more difficult to find decent jobs and income,” she added.

According to an August report by the International Labour Organisation and the Asian Development Bank, youths – defined in the survey as aged 15 to 24 – in 13 countries across the Asia-Pacific will lose out on some 10-15 million full-time jobs due to Covid-19.

“Between further studies or starting their own business, younger adults may feel less encumbered by responsibilities to support a family or have ongoing financial liabilities,” she said. “Hence they may feel that there’s less to lose in terms of foregone opportunity cost.”

Taking the chance is Lucas Kang, a Singaporean who started a marketing consultancy in September after working as a consultant for two years. He offers services from website development to branding campaigns and performance marketing to help businesses drive sales profits. 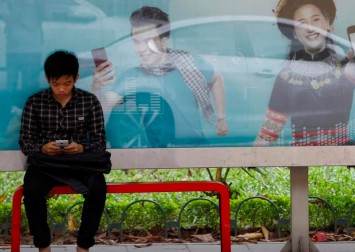 “At a time when employment is scarce, you can’t exactly say that starting a business is a riskier or less secure option,” said the 27-year-old. “In a digital-centric business especially, the differences become even smaller.”

While he admits that companies have a smaller budget for such consulting services at the moment, more are realising the importance of being disaster-proof – and he is optimistic his start-up can ride out the coronavirus storm.

“This period has uncovered gaps in many businesses, and people are increasingly seeing the need to pivot,” Kang said. “It lends plenty of opportunities for consultancies to step in and help.”

With millions stuck at home, consumer trends have also shifted. Data from Malaysian e-commerce aggregator iPrice Group revealed that online sales in Southeast Asia jumped by up to 60 per cent in April and May.

Over in Thailand, panic buying in January and February caused a spike in FMCG sales, which grew by 1.3 per cent and 1.5 per cent year on year respectively, according to Nielsen Thailand.

Overall e-commerce is also predicted to rise by 35 per cent to 220 billion baht (US$7.03 billion) in 2020, according to Priceza, a Thai price comparison shopping website.

These growing demands have allowed youths to capitalise on online channels and e-commerce platforms as a new way of doing business, said Thanaphol Virasa, assistant professor at Mahidol University’s College of Management, Thailand.

And with huge markets in Myanmar, Cambodia, and Laos demanding FMCG and health-related products and services, young Thai entrepreneurs need to look beyond the country to succeed, he adds: “Networking and exportation is an opportunity for youth entrepreneurs to expand their businesses in the future.”

The acceleration of digital transformation across almost all sectors has also played into the hands of entrepreneurial youths. Under various states of lockdown, people were forced online to acquire goods and services.

And in a region with 360 million internet users, the lack of a digital presence could spell disaster for businesses. “The ability to leverage digital tools has become a must for entrepreneurs to survive this ongoing pandemic,” said Monash University’s Lee. “The youth have often led older people in their adoption and use of technology.”

In addition, an online business model that does not require huge capital or a physical set-up makes digital entrepreneurship a popular idea among youths, said Yusniza Kamarulzaman, deputy dean (higher degree) at the University of Malaya’s faculty of business and accountancy.

“They also don’t have to be present from 10am to 10pm, and yet the business is open 24 hours for any transactions,” she added.

These businesses are set to contribute to the burgeoning Asean internet economy, which is expected to hit US$300 billion (S$402 billion) by 2025, according to a 2019 report by Google, Singapore state investor Temasek Holdings, and management consultancy Bain & Company.

So it was an opportune time for Lunnie Gan to set up social media agency Pencil Rocket Malaysia in her hometown of Kuching, Malaysia. Leveraging on the digital pivot, the University of Melbourne graduate runs Facebook ads, builds messenger chatbots and creates social media content for businesses.

“Our approach works because Covid-19 made business owners acknowledge they need to be online – if you’re not online, you’re not alive,” said the 24-year-old, who started her business in May and serves clients from Kuching, Singapore and the United States.

It helps that she is part of the “internet generation” that consumes large amounts of content online, she adds. “Being active social media users ourselves, we understand the content our audience prefers,” Gan said. “The majority of businesses may think young people do not know much, but when it comes to social media, they know we have that edge.”

Malaysian state support has also been integral in developing entrepreneurs from a young age. Agencies such as the Ministry of Education and Malaysia Digital Economy Corporation have partnered with the tech industry and academia to launch initiatives that prepare youths for Industry 4.0.

It is a move that has garnered success. According to the Global Start-up Ecosystem Report 2020 by global research organisation Startup Genome, Kuala Lumpur ranked 11th in the top 100 emerging ecosystems in the world.

“With rapid technological growth and an efficient entrepreneurial ecosystem, there is an increased opportunity for the young entrepreneurs to better link digital finance and business platforms,” Lee added.

Bain & Company and Facebook IQ also predicted in a 2019 joint report that the region’s 350 million-strong middle class would be joined by 50 million more from Indonesia, Malaysia, the Philippines, Thailand and Vietnam by 2022.

Armed with more than US$300 billion in disposable income, they throng digital marketplaces looking for the best deals.

For communications officer Ayu Cempaka, building a side hustle was the perfect way to benefit from the massive online spending.

After working from home for months, the Balinese decided in August to start a business with her family on Instagram, selling home-made products such as kaya spread, garlic herb butter and lemon curd.

“The pandemic had a big impact on our tourism sector, so the purchasing power decreased – half of my customers are from outside Bali,” said the 27-year-old, whose patrons mostly include mothers, newlyweds and people in their 20s.

“Most of my customers are very generous, they always share my products and review [them] on their Instagram pages,” she added. “Their feedback has helped me to increase my sales nationwide.” 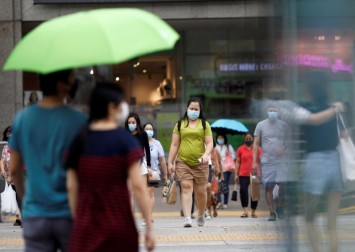 However, the increased e-commerce expenditures are “cyclical”, due to lockdowns and safe measures, according to DBS Bank senior economist Irvin Seah.

“The recession has trimmed people’s income due to the negative impact on the labour market,” he said. “So [the spending] is not a structural phenomenon as it is driven by past years’ rapid economic and income growth.

But e-commerce has also provided a significant impetus to the emerging middle class, helping to perpetuate the spending.”

This is all good news to Tidaporn, the kor moo yang seller from Bangkok, who is relishing her new role as a business owner. With new customers reaching out on social media daily, her ovens and stoves are constantly at work.

“I think the most difficult part was having patience when we first started since we couldn’t see more people and had to advertise unconventionally,” she said. “But the support that we received from our friends and family made us more motivated to sell the best kor moo yang .”