A spa set to music in Hua Hin 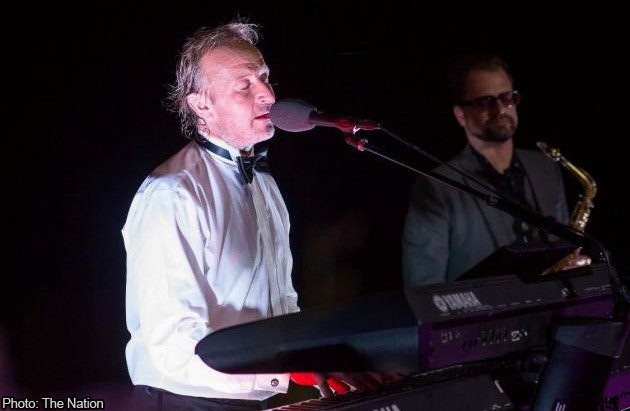 A long-time guest of The Barai in Hua Hin shows his devotion with an album of inspiring music.

ONE OF THE biggest fans of renowned residential spa the Barai at the Hyatt Regency Hua Hin has helped it celebrate its eighth anniversary by composing an album's worth of instrumental music.

As well as having the album on sale at the reception counter, each of its 12 tracks will be played in different areas of the spa, "personalising" each section.

Globetrotting Swedish pianist and singer C-M Carlsson is a long-time patron who never misses a chance to visit when in Thailand. Unwinding there after another of his long trips, he realised how certain types of music enhanced the experience.

"I fell in love with the Barai the minute I saw it," he says of his first visit.

"It's such a special moment when you step inside - you're completely sealed off from the world outside. This isn't just a place where you have a spa treatment - it's a sanctuary, where your soul is spiritually fulfilled.

"I've been to spas all over the world, and none has swept me off my feet like this one. That's why I wanted to create an album for this spa and its residence, to really capture the essence of it and complete the 'journey' through sound."

Carlsson says each song "resonates with the various elements of the Barai journey. I put all my heart, spirit and mind into composing each song to create a personalised impression of the Barai."

The spa offers eight residential suites and 18 treatment rooms on 18,500 square metres of serene beachfront adjacent to the hotel. Designed by renowned Thai architect Mathar "Lek" Bunnag, it's a tribute to the majestic architecture of the Angkor temple complex in Cambodia.

Among Carlsson's 12 compositions, "Stepping Stone" is heard at the entrance, heightening guests' anticipation of the journey ahead. "Forecourt Fountain" and "Spiritual Walk" play in the tranquil courtyard, capturing nature's four elements in musical form much as the architecture does visually.

"The most challenging part of this project is to create universal sounds that everyone can feel despite having different cultural backgrounds," Carlsson says.

"I grew up listening to certain kinds of music, so I'm familiar with specific sounds. But here I'm not writing just for myself. I've tried to incorporate sounds from around the world, including oriental flair, to make it sound international.

"It's not just one song playing on a loop throughout the spa - each section needs a different vibe, and that's even more challenging. In which direction should I guide the guest with my music? Does it connect with the architecture? These are what I had to consider."

Sammy Carolus, general manager of both the hotel and the spa, says it's been "a wonderful eight-year journey" for the Barai and the staff is delighted to be sharing in Carlsson's love and passion.

"C-M Carlsson is a loyal guest of the Hyatt and the Barai and has spent years as a resident at the Barai composing these beautiful songs. I have never seen another artist who's so talented, dedicated and inspiring."

The album had its launch at the recent anniversary party, which began with a "spiritual journey" - a tour of the spa. Then came a cocktail reception in the Tranquillity Court and apsara dancing and a concert during dinner. Carlsson performed at McFarland House.

Profits from sales of the album that evening went to the Chang Hua Man Royal Project in Petchaburi.