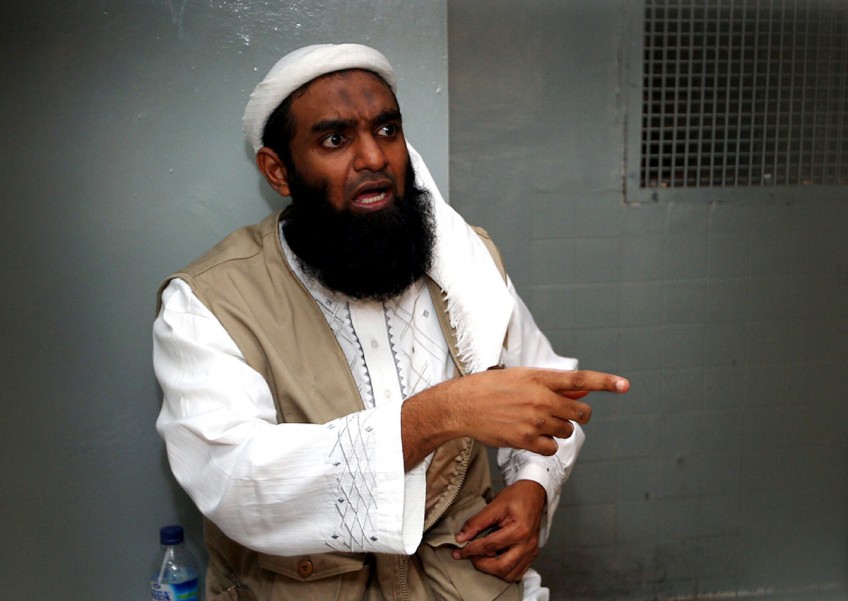 Jailed terrorist Hassan dreads returning home to Singapore, where he could be detained under the Internal Security Act without trial, his lawyer said.
The New Paper

JAKARTA - Jailed Singaporean terrorist Mohammad Hassan Saynudin, also known as Fajar Taslim, wants to apply for Indonesian citizenship, and intends to stay on in Indonesia when his jail sentence ends in 2027.

His lawyer, Mr Achmad Michdan, told The Straits Times yesterday: "Because Indonesia does not accept dual citizenship, Hassan must give up his Singapore citizenship before getting Indonesian citizenship. We will seek information from the Singapore Embassy here on the procedures for giving up his citizenship."

Hassan, 42, dreads returning to Singapore, where he could be detained under the Internal Security Act without trial, Mr Michdan said.

An associate of the Indonesian-born Singaporean terrorist Mas Selamat Kastari, Hassan is serving a jail term of 18 years for killing a Christian school teacher and planning terror attacks against Westerners.

The defiant terrorist appeared to show no remorse for his crimes when the court handed down the verdict in 2009. He said he did not appeal against the sentence because he did not recognise the judicial system.