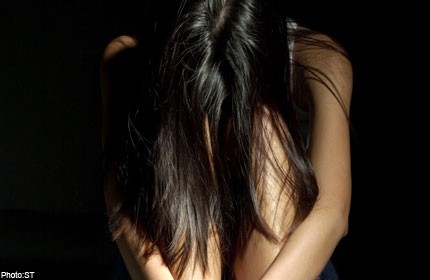 Teenagers are more likely to be depressed if their mothers were depressed while pregnant, according to a new study.

COLOMBO - Sri Lankan police were Tuesday investigating the gang-rape of an 11-year-old girl allegedly by seven sailors in the island's former war zone, a spokesman said.

The victim, who cannot be identified according to Sri Lankan laws, had been repeatedly raped by more than one man, police spokesman Ajith Rohana told AFP.

He said she alleged that sailors from a base in the Jaffna peninsula in the north had attacked her.

"We arrested seven sailors, but the girl was unable to identify the rapists," Rohana said, adding that investigations were continuing.

The sailors were arrested over the weekend but freed on bail Monday.

Rohana said while the investigations were underway, another girl aged 10 had come forward complaining that she too had been molested by sailors a few months ago.

The Hong Kong-based Asian Human Rights Council said there were serious grounds to fear that the victims' families could be placed under pressure by military authorities deployed in the region.

Government forces have a large presence in the northern region, where separatist Tamil Tiger rebels were defeated in May 2009 following a decades-long war that claimed at least 100,000 lives.

Sri Lanka has strict laws protecting women and children, but there have been few convictions for sexual offences because of the reluctance of the victims to speak out or due to threats of more violence against them.

However, last week the High Court sentenced four men, including a ruling party politician, to 20 years in jail for murdering a British tourist and gang-raped his Russian girlfriend.