Violet Mary, a 32-year-old Sri Lankan home maker in the central town of Hatton, says she has a new task in her monthly routine: she washes old clothes and folds them into small strips.

The mother of three says she can no longer afford sanitary pads – the cheapest menstrual hygiene product in the country – so these cloths are used as a substitute amid an economic crisis that sent the cost of daily necessities soaring. In April, year-on-year headline inflation hit 29.8 per cent and food inflation reached 46.6 per cent.

Already, Mary’s family spends 80 per cent of their monthly household income of about 30,000 rupees (S$530) on food alone, and with raw materials getting more expensive, her husband is getting less work as a daily-wage construction labourer, forcing them to tighten the purse further.

“Earlier, when I got periods, I used pads, but now everything is so expensive,” she said. “ If I spend on pads, my family will not be able to eat and live.”

Mary is not alone in her struggle to afford menstrual products in Sri Lanka, experts say, and the economic woes are exacerbating inequalities in a nation where one in two women face period poverty.

According to a policy review from Sri Lankan think tank Advocata released early this year, the absolute household period poverty rate in Sri Lanka is around 50 per cent.

Anecdotal evidence suggests this is now getting worse. Sathya Karunarathne, the study’s author from Advocata, says the prices of sanitary pads have increased since.

“When we look at data from September 2021 to March 2022, we see that the prices of domestically-produced sanitary towels have increased, with the cheapest coming up to 165 rupees,” she said. “But our study shows that women could not afford sanitary pads even when the prices were much lower.”

In Sri Lanka, imported menstrual products are taxed at 52 per cent because of the border tariffs, resulting in higher retail prices.

“This gives the opportunity for the domestic sanitary pads producers to increase their prices to earn more profits. If the imported products stop coming into the market, this will get even worse because the locally produced sanitary pad prices will increase as a result of reduced supply and market competition, among other factors,” Karunarathne said.

Because of the scarcity of foreign currency now, the availability of the imported sanitary towels in the market is in question, she added.

The United Nations Population Fund (UNFPA) has expressed concern that personal care for women and girls would be overlooked amid the economic crisis. “Women and girls may revert to unhygienic practices for menstrual hygiene that could impact their health and well-being,” it said.

According to social workers, those in rural regions are most at risk of getting infections from unhygienic practices, while pockets of people facing urban poverty are also affected.

In the remote central village of Wilgamuwa, residents have been slammed on multiple fronts, including harvest losses induced by the government’s abrupt shift to organic farming.

“Daily expenses are already a big burden for these families,” said Niroshani Balasooriya, a social worker from the area. “So pads are seen as a big expense because the prices keep increasing. This is especially a problem for families with three or four girls.”

“There was a time when the price of a sanitary napkin packet and a [sardine] tin was the same. I have spoken to mothers with three daughters in the family, who would rather buy a [sardine] tin that can feed all four of them, instead of buying two packets of pads,” she said. “Now things are much worse.”

Balasooriya said many women were substituting pads with old clothes, and repeatedly reusing them, running the risk of infections. “Even those who can afford to buy pads use one for lengthy periods, so that each packet lasts longer,” she said.

Read Also
Sri Lanka's worst economic crisis: How did it happen and what's next? 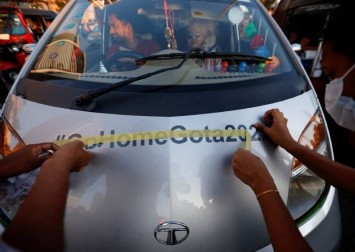 Period poverty was also affecting the education of girls, according to social workers. While Sri Lanka had no statistics on this, a 2015 study by Unicef stated that 37 per cent to 44 per cent of adolescent girls skipped school due to menstruation-related reasons.

Unesco noted that if adolescent girls were not able to effectively manage menstrual hygiene, it would affect their schooling, physical health, psychological and emotional well-being, and general quality of life.

“These barriers can prevent adolescent girls from fully achieving their potential – to be educated, successful career women, mothers, and active productive citizens,” it said.

Balasooriya said it was fairly common for school girls in Wilgamuwa to miss school when they were menstruating because they had no pads. “If they skip school for three to four days each month, this adds up to a considerable number of days for a year. It is tragic,” she said.

Leaks on white school uniforms were another source of anxiety for adolescent girls, encouraging them to stay at home instead.

“If the boys see the red patches, they tease us. Because of this my friends also skip school during menstruation,” said a student from Wilgamuwa who declined to be named.

Back in Hatton, Mary worries whether her young daughters, aged three and 10, will be able to use pads at all when they reach puberty.

“What can we do, the country is in crisis and this is how we live now,” she said.