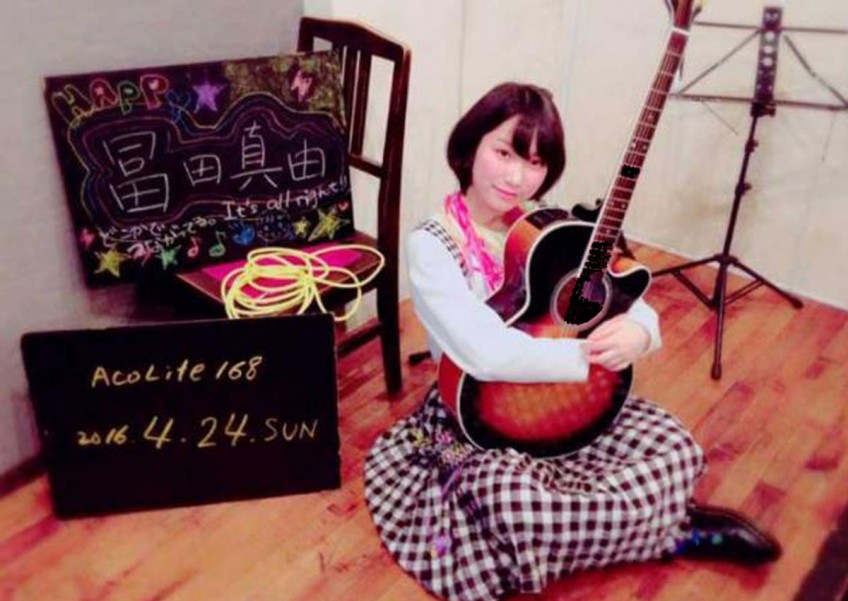 The obsessed stalker who stabbed pop idol Mayu Tomita dozens of times in a savage attack last May was yesterday jailed for 14½ years.

Ms Tomita, 21, suffered 34 stab wounds on her face, neck, back and arms, and also has trouble with her vision and difficulty eating and singing since the attack, a district court in Tokyo heard last week.

Prosecutors sought a 17-year sentence for Tomohiro Iwazaki, 28, who was charged with attempted murder, calling his crime "repulsive". Iwazaki's lawyers, in mitigation, argued that his actions were sudden and not premeditated.

The verdict is the latest turn in a horrific case that prompted Japan to revise its anti-stalking laws last December to cover social media harassment. Tokyo police, who ignored Ms Tomita's pleas for help 12 days before the attack, apologised last December for not deeming Iwazaki a looming threat.

Iwazaki had sent her nearly 400 tweets and his idolatry turned to hatred after she refused his gifts, including a watch and books. He approached her on May 21 last year, as she was about to appear at a music event in Koganei in western Tokyo.

Before his sentencing yesterday, Iwazaki said: "I'm really sorry for having caused great trouble to Ms Tomita and her family. I swear in this court that I will never go near Ms Tomita again."

The undergraduate added: "He is the kind of person who develops some feelings for someone without asking if she feels the same way, and tries to kill the person if things do not go according to his will. He may come and try to kill me this time."

Iwazaki, agitated by her remarks in court, shouted in response: "Then you should kill me."

Under Japan's revised anti-stalking laws, police arrested a man on Monday last week for making threats on Twitter against voice actress Nana Mizuki, 37. Akihiro Fukushima, 32, is alleged to have sent a series of tweets to her, including one on Feb 2 that read "I'll kill you".

This article was first published on Mar 01, 2017.
Get a copy of The Straits Times or go to straitstimes.com for more stories.