A man walks across his farm near a coal power plant in China.

A series of studies published since December have shed light on the potential agricultural impacts climate change could wreak on East Asia and China.

In one study, published in December in Nature Food, scientists found that climate change contributed significantly to a substantial rise in crop pests and diseases in China between 1970-2016.

By analysing a previously unpublished set of data covering those 46 years, the team found that the number of crop pests and diseases increased fourfold since 1970.

They also concluded that climate change directly contributed 22 per cent to that growth.

Furthermore, the scientists’ model foresaw that climate change could lead to more than 240 per cent increases in crop pests and disease in China by the end of the century.

“Understanding the change in crop pests and disease occurrence has become urgent for sustaining food security,” the scientists wrote in the study.

The potential impact of increased crop pests and disease extends beyond the borders of China because the country produces 20 per cent of the world’s rice, grains and maize. 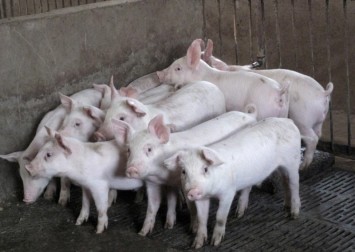 The data analysed in the study is unique because it breaks with the tradition of relying on small-scale experiments that create useful information but a small sample size.

The scale of the data allowed scientists to include large-scale food producers into the study.

Other factors that contributed to the growth of crop pests included returning straw to the fields, which helps with the soil’s overall health but likely contributes to an increase in the number of pests and diseases.

This study was able to analyse data in every province in China over a decades-long time frame.

“Our study shows that climate change affects the occurrence of crop pests and diseases in China, which threaten global food production and food security. This also challenges existing crop protection systems and overall productivity,” said Christoph Müller, a study author and scientist at the Potsdam Institute for Climate Impact Research in Germany.

The scientists pointed to warmer nighttime temperatures as a possible impact of climate change. They came to this conclusion because of a correlation between the instances of crop pests and diseases with the prevalence of frost. 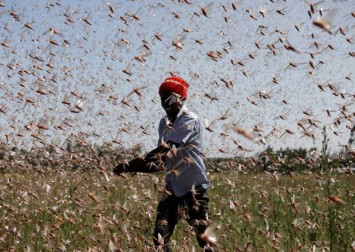 “Given the global reach of many of the pests considered, our results could serve as a representative for subtropical and temperate environments worldwide,” wrote the team in the study.

This trend is unlikely to reverse over the short term.

Nasa found that 2021 was the sixth warmest year on record and is part of a trend that has seen the past eight years being the hottest since record-keeping began in 1880.

“Science leaves no room for doubt: Climate change is the existential threat of our time,” said Bill Nelson, the administrator of Nasa, in a statement.

“Nasa’s scientific research about how Earth is changing and getting warmer will guide communities throughout the world, helping humanity confront climate and mitigate its devastating effects,” he said.

Furthermore, a separate study published on January 18 this year in the journal Geophysical Research Letters found that East Asia will be vulnerable to “rivers in the sky”, which are long narrow bands of atmospheric precipitation that could lead to more frequent extreme rainfall in the region, particularly in northeast China, the Japanese alps, the Korean peninsula and Taiwan.

Yoichi Kamae, a study author and professor at the University of Tsubuka in Japan said: “Our findings are likely also applicable to other regions of the mid-latitudes where interactions between atmospheric rivers and steep mountains play a major role in precipitation, such as in western North America and Europe. These regions may also experience more frequent and intense extreme precipitation events as the climate warms.”