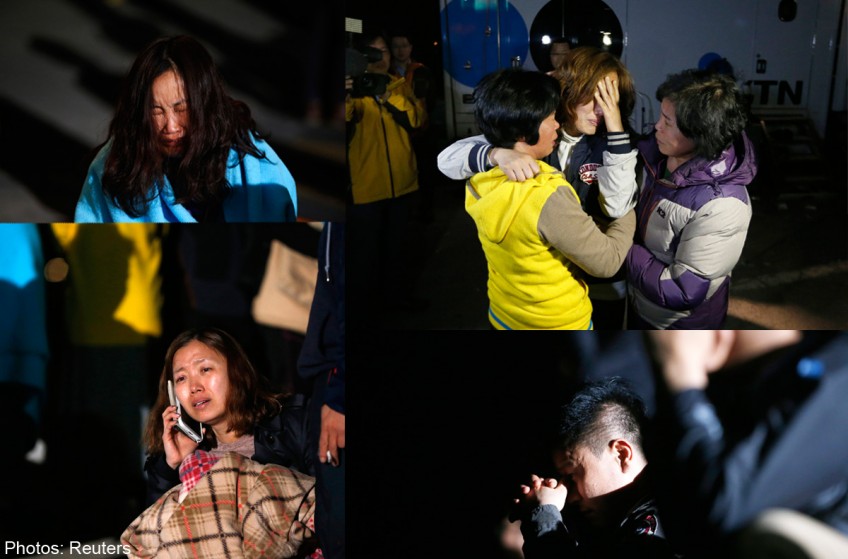 Korean authorities on Thursday said they were investigating claims that there were still survivors stuck inside the sunken ferry Sewol.

A family member of one of 289 missing passengers who had been onboard the doomed ship said early Thursday that the school children were barricaded in the ship.

"My husband said a civilian diver who participated in the rescue mission heard children shout 'help' inside the ship," she said. "I also heard that divers rescued a survivor around 7:40 pm."

Others also reported the survival of some passengers from the Sewol, which sank off the coast of Jindo Island, South Jeolla Province.

A man supposedly at Paengmok port, where family members of the missing are gathered, said via Facebook that one of the missing people called his or her family and said four people were staying near an arcade inside Sewol.

Late Wednesday, a text message from a student allegedly inside the ship was revealed. It said "I'm alive. Rescue me."

The Coast Guard, however, said there was little possibility that the message was authentic, since the sender's name was not on the list of passengers.

Authorities said none of the claims have yet been confirmed, but added that they were investigating to verify each report.

[[nid:101584]]
SUBSCRIBE TO OUR NEWSLETTER
Your daily good stuff - AsiaOne stories delivered straight to your inbox