Taipei gets a manga school 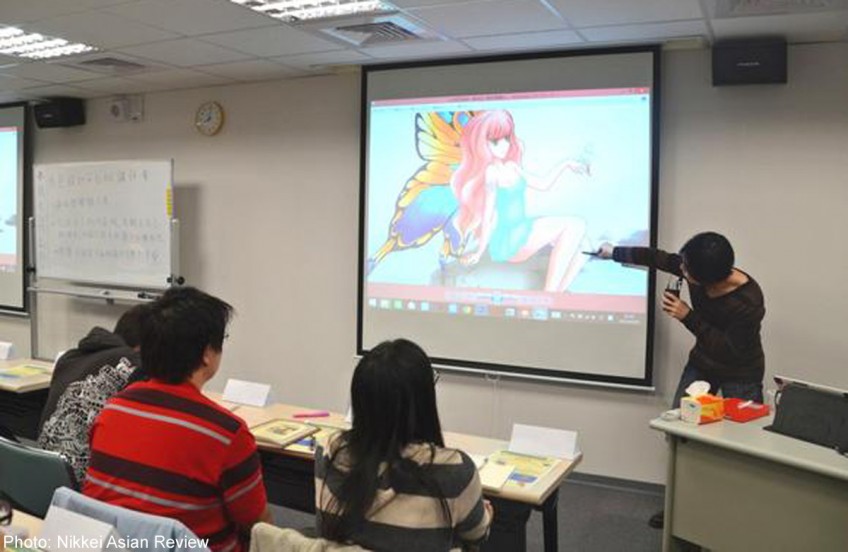 TAIPEI - Japanese publisher Kadokawa has launched a project to foster manga and other content creators in the rest of Asia.

The company kicked off the initiative in September, when it opened a school in Taiwan, where large swaths of the population are already familiar with manga.

A commercial building near the main Taipei railway station, in an area popular with young people, houses Kadokawa International Edutainment.

When The Nikkei Marketing Journal stopped by, students were carefully listening to an instructor commenting on their work during a class on character design that started at 7 p.m.

The school offers other courses, including those for manga and card game illustrating. The school's first 125 students range in age from 13 to 45.