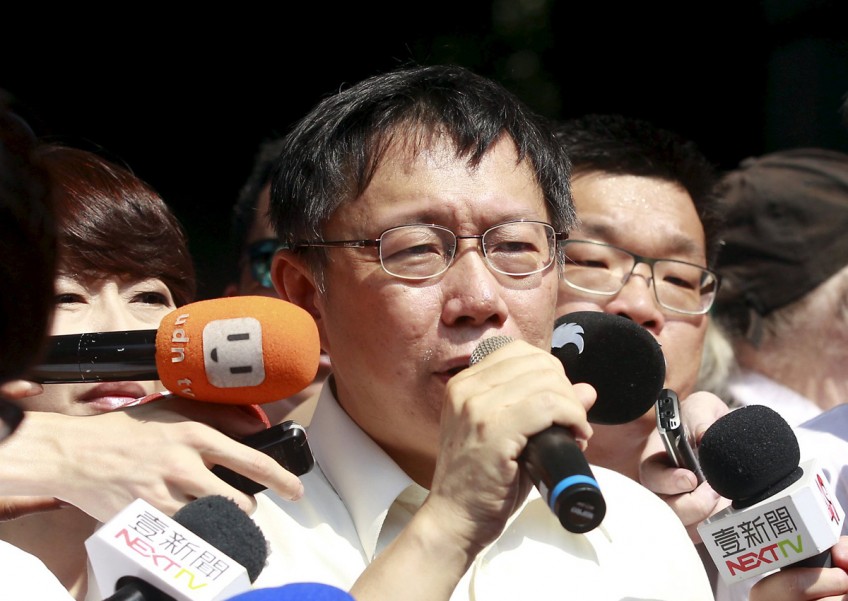 According to Lin, Ko said that the statements and actions of his staff should be held to the highest moral standard, and there should be no excuse for such inappropriate behaviour. The mayor approved Cho's resignation yesterday, since it has heavily damaged the image of the Taipei City Government, said Lin.

The leaked LINE message reads, "The mayor's office's Xiao Kai (Cho Yu-Kai) said the mayor would like your bureau's assistance with something." "Your bureau" refers to the Military Service Bureau. This is followed by the name, birth date and identification number of Chou Shih-en, who is to be drafted by the military on Oct. 7. The message ended with the sentence, "Hope to see (him) arranged to serve City Hall."

"It was not influence peddling," explained Cho in an interview. He said that when his colleague posted the message to the LINE group, the first thing that crossed his mind was, "It was me who told him to say so, not the mayor." He also expressed his regret at not being clearer in expression, because his position as advisor to the mayor may easily lead to speculation and guesswork on the part of subordinates.