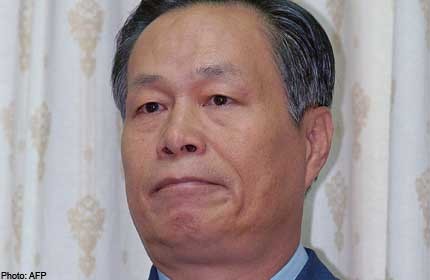 TAIPEI, TAIWAN -- The Ministry of National Defence (MND) yesterday confirmed a local newspaper report that Army Commander Lee Shying-jow had tendered his resignation, but noted that Defence Minister Yen Ming did not approve the resignation, asking Lee to stay in the post.

The MND's statement came in the wake of a Chinese-language United Evening News report yesterday which quoted sources as saying that Lee had tendered his resignation to President Ma Ying-jeou. It had yet to be approved by Ma.

The 60-year-old three-star general also filed for early retirement to the MND over the Army's poor handling of the death of Army Corporal Hung Chung-chiu, who died of heatstroke on July 4 after conducting a series of exercises during his confinement, it noted.

The report said Lee's resignation tendering was part of ongoing internal military divisions amid public furor over the death of Hung.

Lee's departure was also done as a protest to Ma after the president chose Yen, a former chief of the general staff, over him, to assume office as the country's new defence minister after Yen's predecessor Andrew Yang's abrupt resignation on Tuesday amid plagiarism accusations.

Lee did not participate in a meeting presided over by Yen on Thursday, the report said, suggesting that his absence indicated that the Army chief had decided to leave his post.

Rumours regarding power struggles within the military have spread in the weeks following the death of Hung, who died under suspicious circumstances and whose death prompted recent court-martial law reforms.

Yang's abrupt resignation on Tuesday, after having been defence chief for only six days, was also reportedly because of military infighting.

The Chinese-language China Times Weekly reported yesterday that Yang's decision to tender his resignation was the result of a power struggle between different factions within the military.