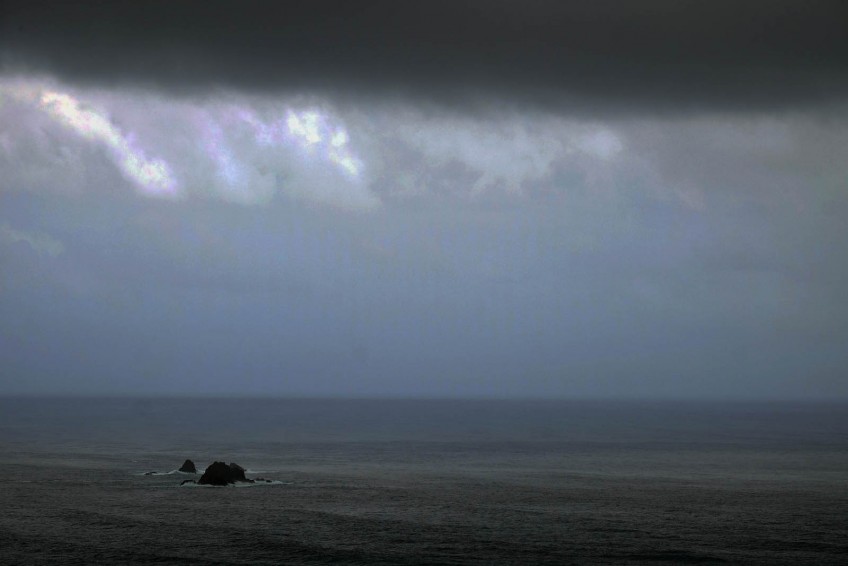 TAIPEI - School and work are cancelled today in all parts of the nation except Lienchiang County near mainland China due to Typhoon Matmo, which made its landfall this morning, the Executive Yuan announced yesterday.

The local governments of the entire Northern part of Taiwan, including greater Taipei, Keelung, Taoyuan and Hsinchu, called off class and work on Wednesday.

The Kaohsiung and Pingtung governments also cancelled class and work for Wednesday.

The three counties in Eastern Taiwan, Hualien, Yilan and Taitung, announced the cancellation of class and work for Wednesday since the three areas experienced the first impact of Typhoon Matmo last night.

According to the CWB, Matmo continued to strengthen through yesterday morning, and the storm's radius has increased from 180 to 200 kilometers.

Bureau forecaster Lo Ya-yin (羅雅尹) originally predicted that the expected time for the typhoon's outer rainbands (the storm area beyond the eye of the typhoon) to reach the Taiwan coast was at 8 p.m. last night, but Matmo's rainbands reached Hualien at 2 p.m. yesterday.

The CWB said that Yilan and Hualien would enter the rainbands first on Tuesday night, and the northern part of Taiwan would start to be covered by the rainbands on Wednesday morning.

Lo said that last night and today would be the time period in which Matmo hovers over most parts of Taiwan, so people in almost all areas of the nation will feel the strong winds and heavy rain brought by the typhoon.

CWB official Hsieh Ming-chang (謝明昌) said that should the speed and route of Typhoon Matmo remain the same, then the storm will leave the island during the second half of today at the earliest.

According to the CWB, since Matmo is expected to move in a southerly direction, people living in the northern part of Taiwan can expect less heavy rain, but everyone should still be aware of the impact that Matmo will bring.

The CWB warned that almost all areas in Taiwan should expect to have an accumulated precipitation of 350 milimeters in 24 hours from Tuesday night to Wednesday night.

If the tropical depression turns into a typhoon, the CWB said that it will become the eleventh typhoon this year and will be named Halong.

[[nid:125678]]
SUBSCRIBE TO OUR NEWSLETTER
Your daily good stuff - AsiaOne stories delivered straight to your inbox