Taiwan’s authorities have defended their decision to buy 20 million doses of domestically developed Covid-19 vaccines even though they are still undergoing clinical trials, saying the island must address the acute vaccine shortage.

A spokesman for the command centre said on Sunday the government had signed deals with Taiwan’s Medigen Vaccine Biologics and United Biomedical for five million doses each, and had verbal agreements for another five million each, for a total of 20 million shots.

But vaccines are still in phase 2 clinical trials and have not been approved for use.

The move prompted criticism by some medical experts and critics that President Tsai Ing-wen’s administration disregarded human life by failing to take into consideration that neither shot – which are still in phase 2 clinical trials – was formally approved for use. 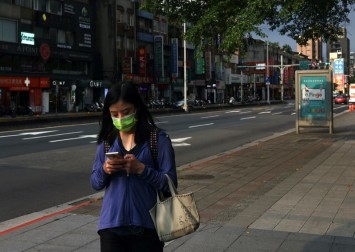 “I don’t mean to deliberately pick on the domestically developed vaccines but there actually is a safety concern about the use of them, given that the results of their second-stage trials have yet to be recognised and approved,” said Kung Hsiang-chi, a doctor formerly with the infectious disease division of National Taiwan University Hospital.

He said usually a pharmaceutical product needed to complete three stages of clinical trials before approval by health authorities for marketing.

Critics questioned why the Tsai government was buying the vaccines when the results of the clinical trials had not been released.

“Is this something to do with the stock price of the domestically developed vaccines?” popular political talk show host Jaw Shau-kong said.

He said the Tsai administration faced mounting pressure to allow local authorities and the private sector to import foreign vaccines that were already approved by the World Health Organisation.

Medigen’s share price dropped 9.9 per cent to NT$350.5 (S$17) on negative reports about its vaccine on Monday.

Jaw also questioned the efficacy of the local vaccines and whether their vaccination would be recognised by the world, allowing people who have had the jabs to travel abroad.

On Monday, the centre said pre-ordering vaccines was necessary because there was a global shortage of the materials needed for vaccine production and because testing and producing the vaccines usually took months.

“By ordering the local vaccines, we are able to ensure adequate doses to inoculate our people,” a command centre official said.

Health Minister Chen Shih-chung, who also heads the Central Epidemic Command Centre, said the two Taiwanese firms were not the only companies in the world to release the vaccines with just two clinical trials.

“Vaccines from other countries, like BioNTech, Moderna, [Johnson & Johnson’s] Janssen and AstraZeneca did not complete the third stage of trials before they were approved for use,” he said.

This was all because of the urgent need to have as many people vaccinated as possible to keep the pandemic at bay, he added.

Chen said it was the government’s policy to support the development of local vaccines in case it could not buy enough vaccines from elsewhere to inoculate the island’s 23.5 million people, of whom only slightly more than one per cent had been vaccinated.

He said the government had no plan to block local authorities and the private sector from importing vaccines as long as they could ensure the origins and followed existing regulations.

“The government merely wants to make sure that the foreign vaccines are safe and it will cut short the time in paperwork if the government can talk directly to the supplier and sign the deal,” he said. 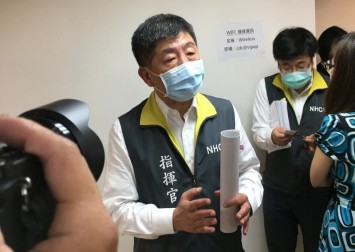 At least three private individuals – including Chang Ya-chung, president of the Taipei-based Sun Yat-sen School, Foxconn billionaire Terry Gou and a representative of the Buddhist organisation Fo Guang Shan – have offered to import BioNTech and Janssen vaccines to donate to the island’s government to help ease the rising demand for jabs.

Meanwhile on Monday, Taiwan’s legislature approved an extra NT$210 billion (US$7.6 million) in relief spending proposed by the government earlier this month to help local businesses and individuals in need.

The extra fund would add to the NT$840 billion relief spending to aid the economy and individuals in coping with the pandemic, legislators said.