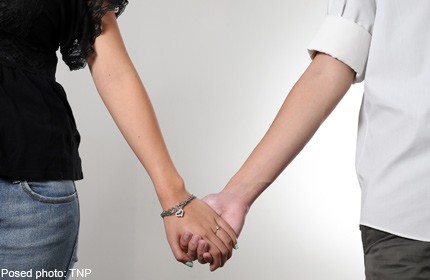 TAIPEI, Taiwan - A famous hookup app was found to send fake messages on behalf of female members without their consent, leaving male members with a misleading impression.

As entertainer and media personality Jeffrey Huang is one of the people behind the app, known as Machi, it is now under heavy scrutiny.

The app went online in April last year and boasts a membership of more than 500,000, 200,000 or so of whom are women from Taiwan, Hong Kong, Malaysia and Singapore. The app charges no fees for women, but men have to pay in order to view and send messages.

A male member, surnamed Zheng, working in the IT industry said he received up to 500 messages from young girls, creating a false sense of popularity. Zheng had to pay nearly NT$1,000 (S$43.81) to view the messages, and then another NT$990 to reply.

After never receiving any responses, he grew suspicious: upon further inquiry, he discovered that none of the ladies actually sent him messages. He accused the app's company MachiPOPO and Huang of fraud and fabrication.

Another male app user, surnamed Tang, said the credit card he used to pay for the app incurred more than NT$70,000 in unauthorized charges. He claimed to have exactly the experience as Zheng so decided to cancel his VIP membership. However, the credit card accrued another 78 unauthorized transactions from the app.

In response to the accusation, Huang said yesterday that he was not aware of such incidents.