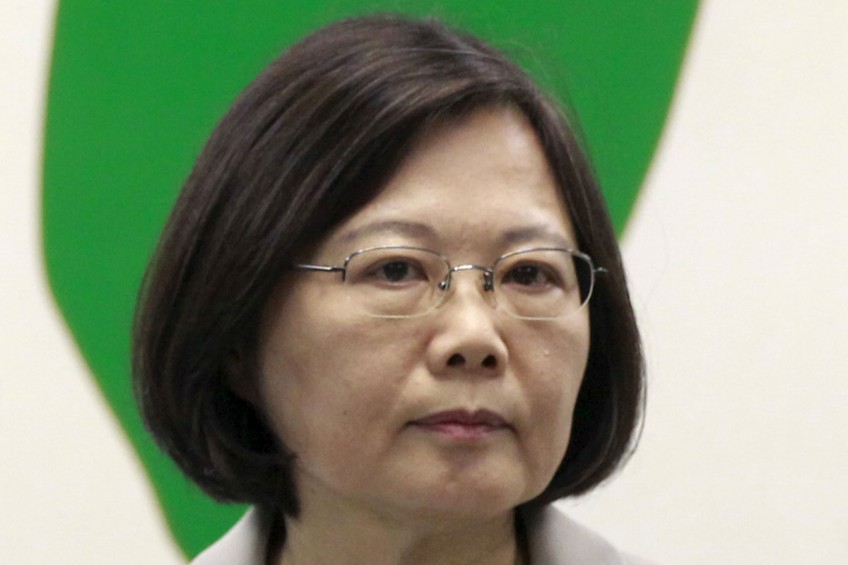 Thousands marched from the Presidential Office to Democratic Progressive Party (DPP) headquarters yesterday in Taipei, accusing both the ruling and main opposition parties of cozying up to big business on labour, land acquisition, education and gender policies.

Social groups comprised of labour unions, dispossessed farmers, university lecturers, foreign workers and students took to the streets, urging a "shift to the left" while accusing both the Kuomintang (KMT) and the DPP of being right wing parties and collectively skirting issues including the privatization of higher education, the proliferation of non-contract work arrangements and the nation's headlong jaunt toward membership in more regional free trade agreements.

As the protesters moved past the nation's administrative quarter, the parade was halted in front of the Ministry of Education and the Ministry of the Interior, where speeches lambasted the governments of both political parties. They demanded an end to the "consumerization" of higher education that they argue leads not only toward higher tuition fees, but also to lower labour and health standard guarantees for part-time or adjunct lecturers.

Before setting out from Ketagalan Boulevard, protest leader and Hsin-hai Natural Gas Industrial Union advisor Lin Tzu-wen branded the economic development of recent decades "fake progress" in a salvo to the DPP. He urged the raising of "class consciousness" among the people, arguing that Taiwan's traditional political parties have long since ceased to carry forth the message of ordinary citizens.

While criticising distributional politics and whether the currently negotiated trade in goods pact with mainland China would be beneficial to "the 99 per cent" of the population, yesterday's broader demonstration differed from last year's Sunflower Movement protest, which mainly focused its critique on the KMT and its China-related trade policies, leaving out criticism of the DPP as well as the US-led Trans-Pacific Partnership (TPP) that both parties support.

Lin said that a third political force based on a raised sense of class consciousness and not just opposition to the pan-blue or pan-green political forces and the tug of war between political independence versus unification (with China) would need to develop for real social transformation in Taiwan.